Dotting the arid grasslands of Namibia, fairy circles have long baffled scientists as to how these round grassy patches form and why they disappear for seemingly no reason. It’s unclear how these fairy rings, which are different from mushroom rings, form in the desert. But they’re impossible to miss; each barren patch of earth is surrounded by short grass, and they speckle the desert like craters on the moon. Their mysterious nature has only deepened with a new finding that the circles share a mathematical pattern with the skin cells of zebrafish.

Robert Sinclair, a professor of mathematical biology at the Okinawa Institute of Science and Technology Graduate University in Japan

Researchers of a new University of Japan study found that like skin cells, fairy circles have a life cycle (they are born, grow and then die) and they could be affected by competition for space-related resources. They studied the macroscopic pattern of fairy circles against the microscopic distribution of skin cells, and found the two share a remarkably similar pattern. The patterns may be similar because both skin cells and the circles in the Namib Desert are fighting for space, the researchers said. 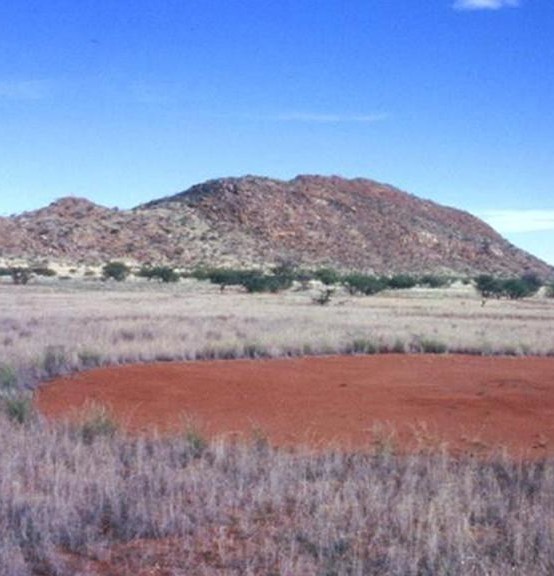