The mayor of Nagasaki has criticised Prime Minister Shinzo Abe’s push toward Japan’s more assertive defense policy, as the city marked the 69th anniversary of the atomic bombing. In his “peace declaration” speech at the ceremony in Nagasaki’s Peace Park, Mayor Tomihisa Taue urged Abe’s government to listen to growing public concerns over Japan’s commitment to its pacifist pledge. The U.S. dropped two atomic bombs on Japan in August 1945, prompting Tokyo’s World War II surrender. The first on Hiroshima killed 140,000 people and the Nagasaki bomb killed another 70,000.

Please stand by our commitment to peace. Please do not forget the sufferings of the atomic bombing survivors.

Miyako Jodai, 75, a retired teacher who was exposed to radiation

The anniversary comes as Japan is divided over the government’s decision to allow its military to defend foreign countries and play greater roles overseas by exercising what is referred to as collective self-defence. To achieve that goal, Abe’s Cabinet revised its interpretation of Japan’s war-renouncing constitution. Pacifism, enshrined in the constitution, is the “founding principle” of postwar Japan. Polls show more than half of respondents are opposed to the decision, mainly because of sensitivity over Japan’s wartime past and devastation at home.

I strongly request that the Japanese government take note of the situation and carefully listen to the voices of distress and concerns. 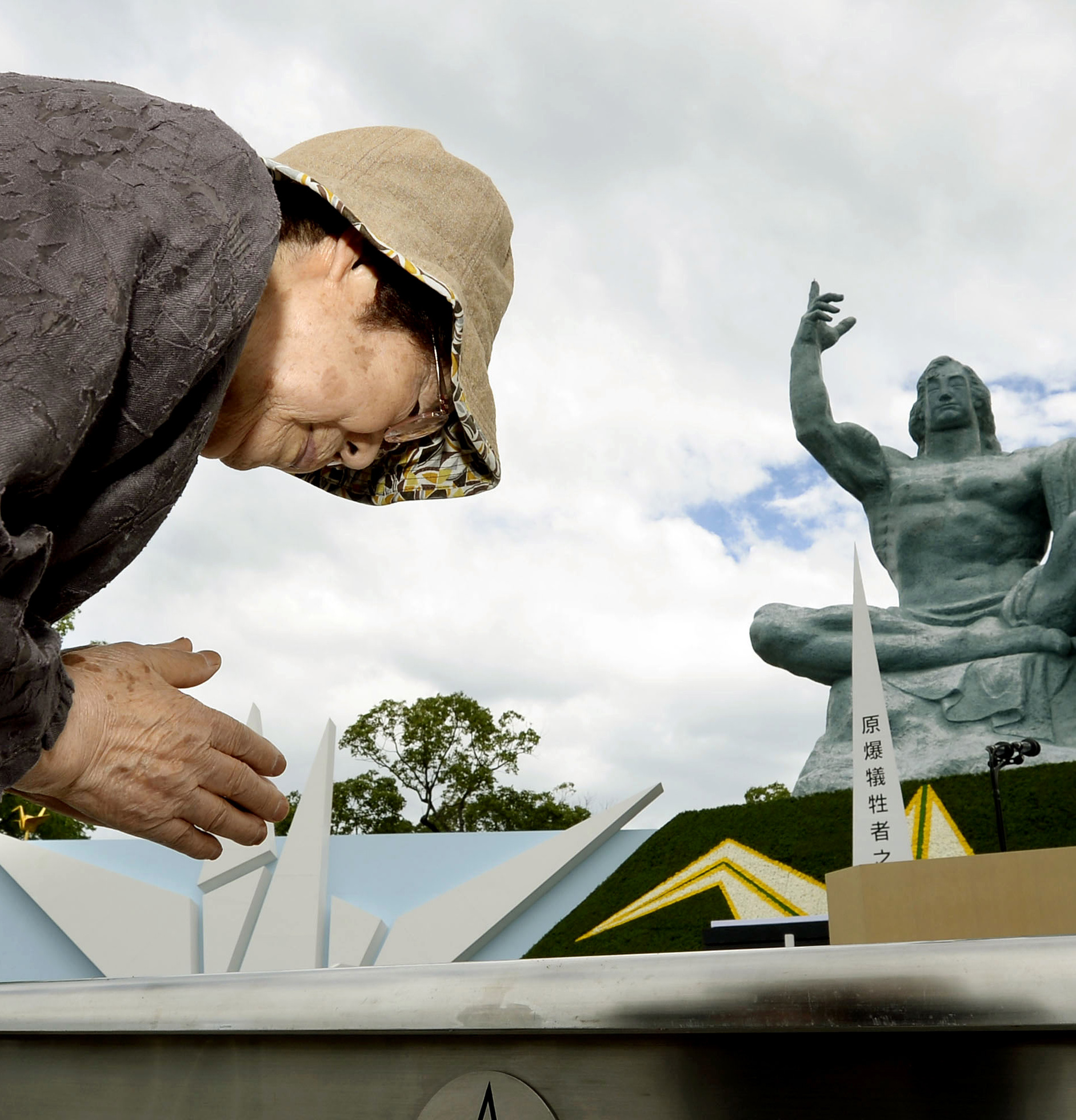