NASA scientists have created an ultra-high-resolution computer model that gives staggering views of how carbon dioxide swirls around the Earth —and the heavy toll it takes on the planet. Earlier this week, the space agency released a new simulation created with the model, called GEOS-5. It shows clouds of carbon dioxide, a key driver of global warming, drifting far from their original sources—turning local greenhouse gases into global problems. The video also shows carbon dioxide levels climbing higher and higher for an entire year. The simulation, called a nature run, re-creates atmospheric conditions from May 2005 to June 2007.

We’re emitting gases, and Earth is trying to absorb that in its reservoirs, but the concentration is continuing to grow.

President Barack Obama recently set an ambitious new target for cutting future U.S. emissions as part of a landmark deal in which China will also rein in pollution. Climate change advocates say the deal with China is paving the way for a successful global climate treaty that nations are aiming to finalize next year because it ups the pressure on reluctant developing nations like India. They argue that a successful treaty is the world’s best chance to avert the worst effects of global warming. 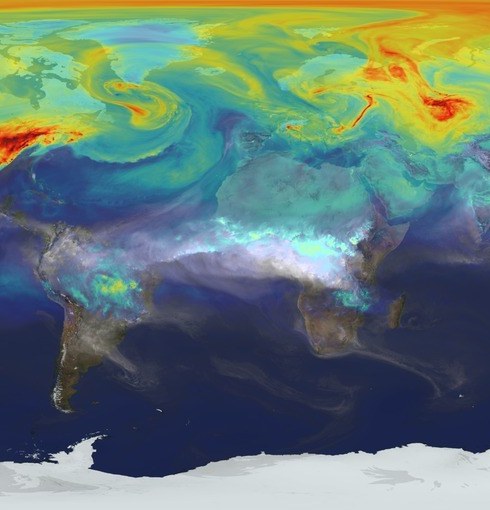