NASA’s Curiosity rover will examine a unique rock formation dubbed Pink Cliffs for possible clues to how Mars was formed. The space probe has completed a reconnaissance “walkabout” of the first outcrop it reached at the base of the mission’s destination mountain and has begun a second pass, examining selected rocks in the outcrop in more detail. During the initial voyage, Curiosity evaluated potential study targets from a distance with mast-mounted cameras and a laser-firing spectrometer which showed different textures that merited further examination. “Some parts [were] finely layered and fine-grained, others more blocky with erosion-resistant ledges,” said Curiosity deputy project scientist Ashwin Vasavada of NASA’s Jet Propulsion Laboratory in California.

Overlaid are compositional variations. Some of those variations were detected with our spectrometer. Others show themselves as apparent differences in cementation or as mineral veins. There’s a lot to study here.

Exposed layers on the lower portion of Mount Sharp are expected to hold evidence about dramatic changes in the environmental evolution of Mars. The first target in the second pass is called Pelona, a fine-grained, finely layered rock close to a September drilling target at the base of Pahrump Hills outcrop. The second is a more erosion-resistant ledge called Pink Cliffs. The second-pass findings will feed into decisions about whether to drill into some target rocks during a third pass, to collect sample material for onboard laboratory analysis. “The variations we’ve seen so far tell us that the environment was changing over time, both as the sediments were laid down and also after they hardened into bedrock,” Mr Vasavada said. Curiosity landed on Mars in August 2012 and spent its second year driving more than eight kilometres from Yellowknife Bay to the base of Mount Sharp. 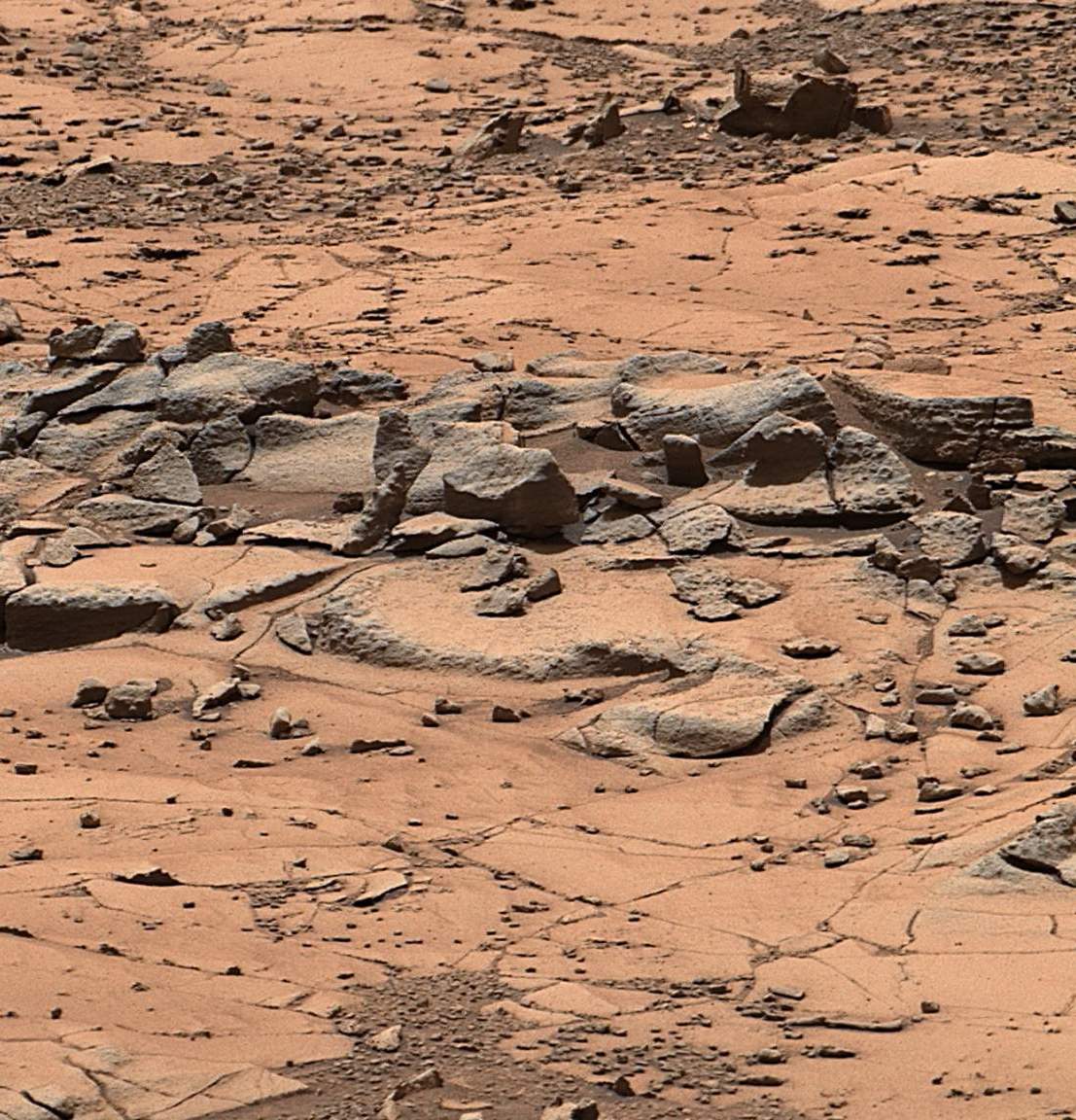