In a squalid camp in eastern Lebanon, a school in a tent with a chalkboard and brightly coloured desks offers children who fled Syria’s war a chance of an education. Thousands of child refugees are studying at dozens of makeshift schools across Lebanon, including 11-year-old Faruq Salkhadi, who dreams of becoming a doctor. His tent school in the Qaraun area of the eastern Bekaa valley is one of 47 learning centres supervised by the International Rescue Committee (IRC) in the north and east of Lebanon. Faruq’s family fled their hometown of Jassem, in the southern Syrian province of Daraa, after their two-storey house was bombed. They are now among more than 1.1 million Syrian refugees living in neighbouring Lebanon.

It had been a year since I was last in school. My parents didn’t have the money to pay school fees here in Lebanon for my three sisters and me.

Faruq, 11, who is learning English, maths and Arabic

While about 5,000 children go to IRC schools, nearly half of the roughly 470,000 school-aged child refugees in Lebanon have no access to education, according to the UN. The white-coloured tent where Faruq studies is the size of a house, and welcomes about 90 students a day. It is clean and warm in sharp contrast to the misery and cold that refugees suffer in their makeshift homes. Lebanese teachers and Syrian volunteers have been trained to help the children overcome psychological difficulties. The children have five hours of class a day, and they follow a “light” version of the Lebanese curriculum, which should allow them to eventually gain access to the state education system. 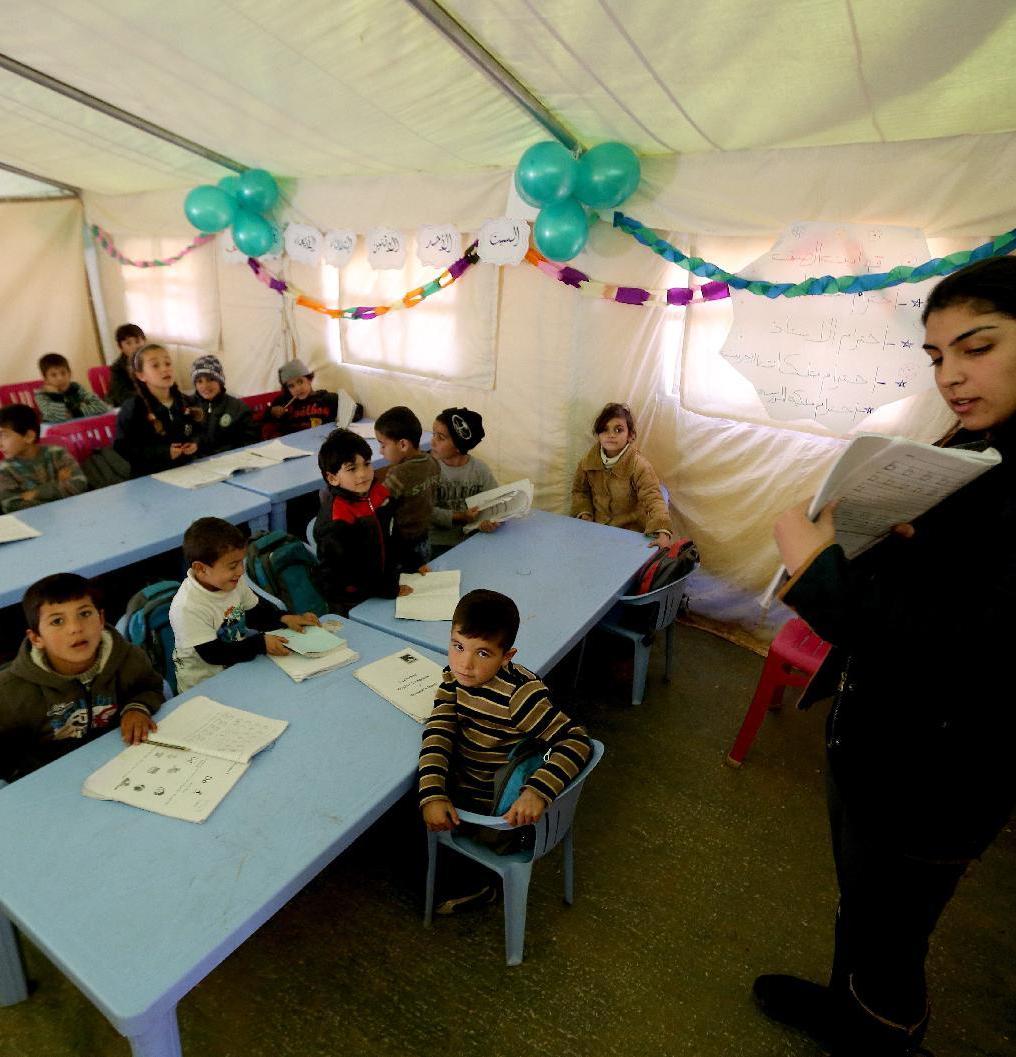