A group of well-off Manhattan residents paid US$100 on Friday for the honour of eating a candlelit holiday dinner with homeless people at a church. About 500 people, serenaded by a piano and saxophone, ate at large round tables with red tablecloths beneath the church’s tall dome. Chefs from The New York Palace and The Waldorf-Astoria hotels provided roasted turkey, buttered mashed potatoes, red velvet cake, pumpkin cheesecake and other delights.

How many dinner parties do you go to with people of the same socio-economic status and you’re bored to tears? It’s good to mix it up.

The Rev. Edward Sunderland called the unusual mealtime gathering a “smashing success”, and said he was encouraged that only two of 167 people who bought dinners asked not to be seated with the more than 250 homeless people. Among guests were law firm partners, investment professionals, executives, teachers, social workers, writers, artists, musicians and retirees. Not everybody was wealthy. He said one couple saved to afford tickets. Sunderland hopes the dinner will become a nationwide trend. 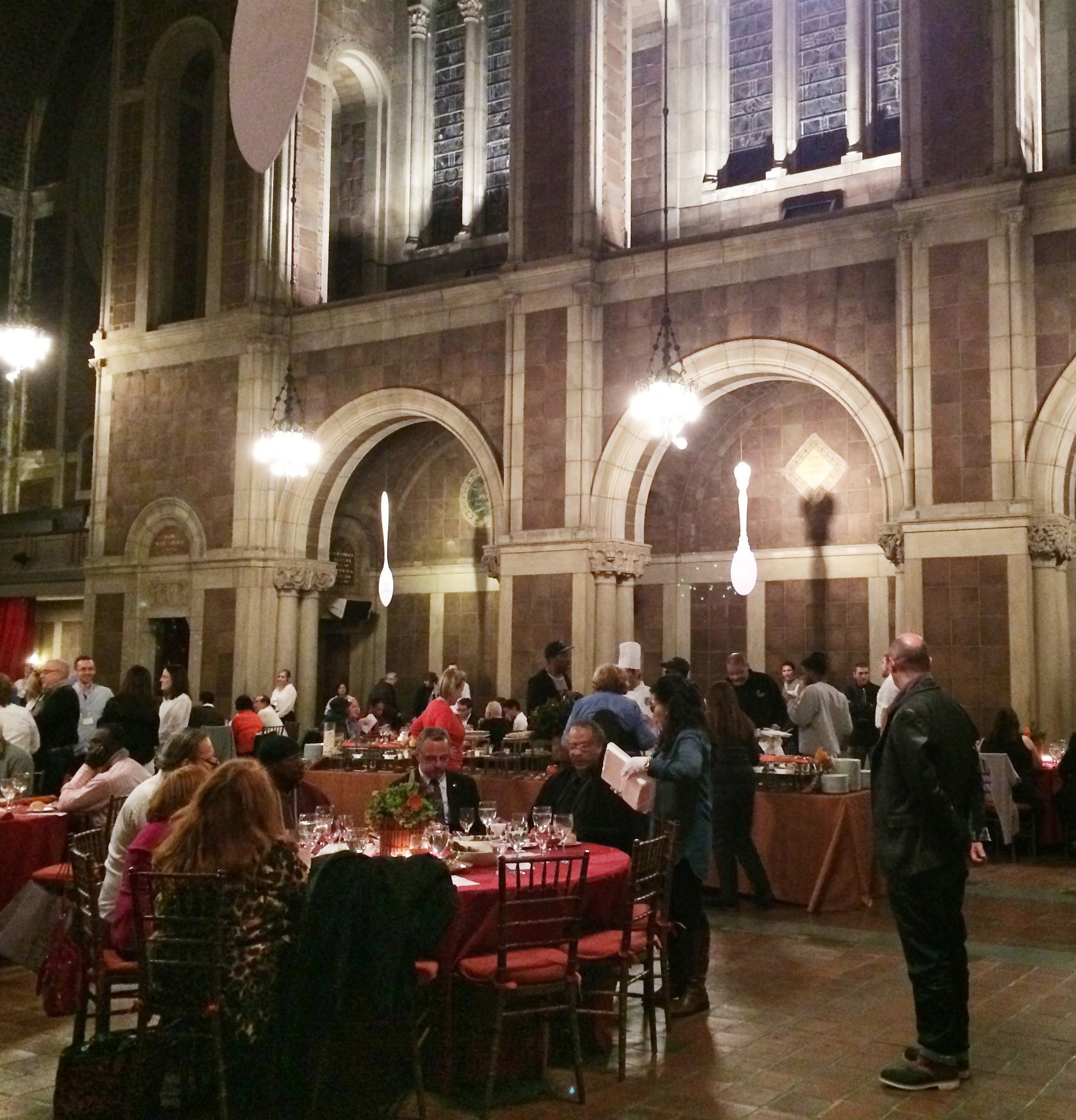