Nigeria’s presidential election was on Saturday postponed on security grounds, handing a potential lifeline to the ruling party as it battles a persistent challenge from the main opposition. The head of the Independent National Electoral Commission (INEC) announced the delay after a closed-door meeting in Abuja that followed a recommendation for postponement from security chiefs, who said the military needed more time to secure areas under Boko Haram control. A new date for the poll has been set for March 28 for presidential and parliamentary elections. Jega said security chiefs advised a six-week postponement from the planned February 14 date as troops would not be available because of operations against the militants in the country’s troubled northeast.

I want to assure all Nigerians, no one is forcing us to make this decision, this is a very weighty decision.

The postponement comes amid a major offensive against Boko Haram joined by Chad and Nigerian warplanes and ground troops that has driven the insurgents out of a dozen towns and villages in the past 10 days. International concern has increased along with the death toll: Some 10,000 killed in the uprising in the past year compared to 2,000 in the four previous years, according to the U.S. Council on Foreign Relations. 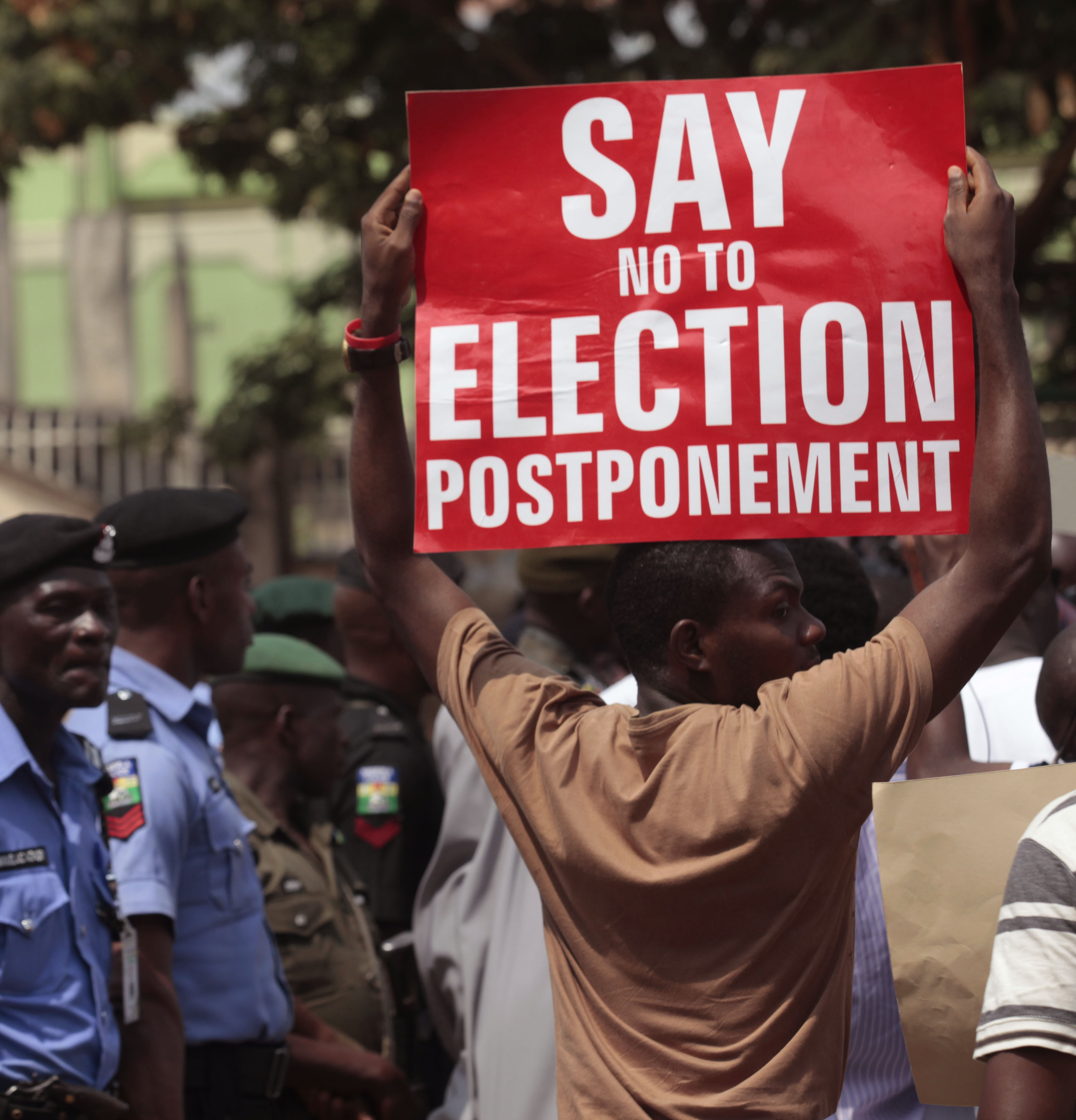