President Goodluck Jonathan has met for the first time some of the parents of 219 kidnapped Nigerian schoolgirls and dozens of classmates who managed to escape from their Boko Haram captors. Jonathan assured them on Tuesday of his determination that those still in captivity “are brought out alive,” presidential spokesman Reuben Abati told reporters after the meeting. Some of the girls described their escapes and Jonathan gave assurances that the education of the girls and their still-captive classmates would not suffer in any way, Abati said.

Mr. President reassured them of the federal government determination and his personal determination to ensure that the girls that are still in captivity are brought out alive.

The parents emerged from the closed door meeting without showing emotion but some shook hands with the president. Some of the escaped schoolgirls smiled for photographers after the meeting. Journalists were prevented from speaking to the girls and the parents by Nigerian security. The delegation of 177 people met with Jonathan, said Lawan Abana, spokesman for the community of Chibok, the town where the schoolgirls were kidnapped. The failure of Jonathan’s government to rescue the girls has prompted an international campaign and daily #BringBackOurGirls rallies in Abuja, the capital, to ensure attention for the girls’ plight. 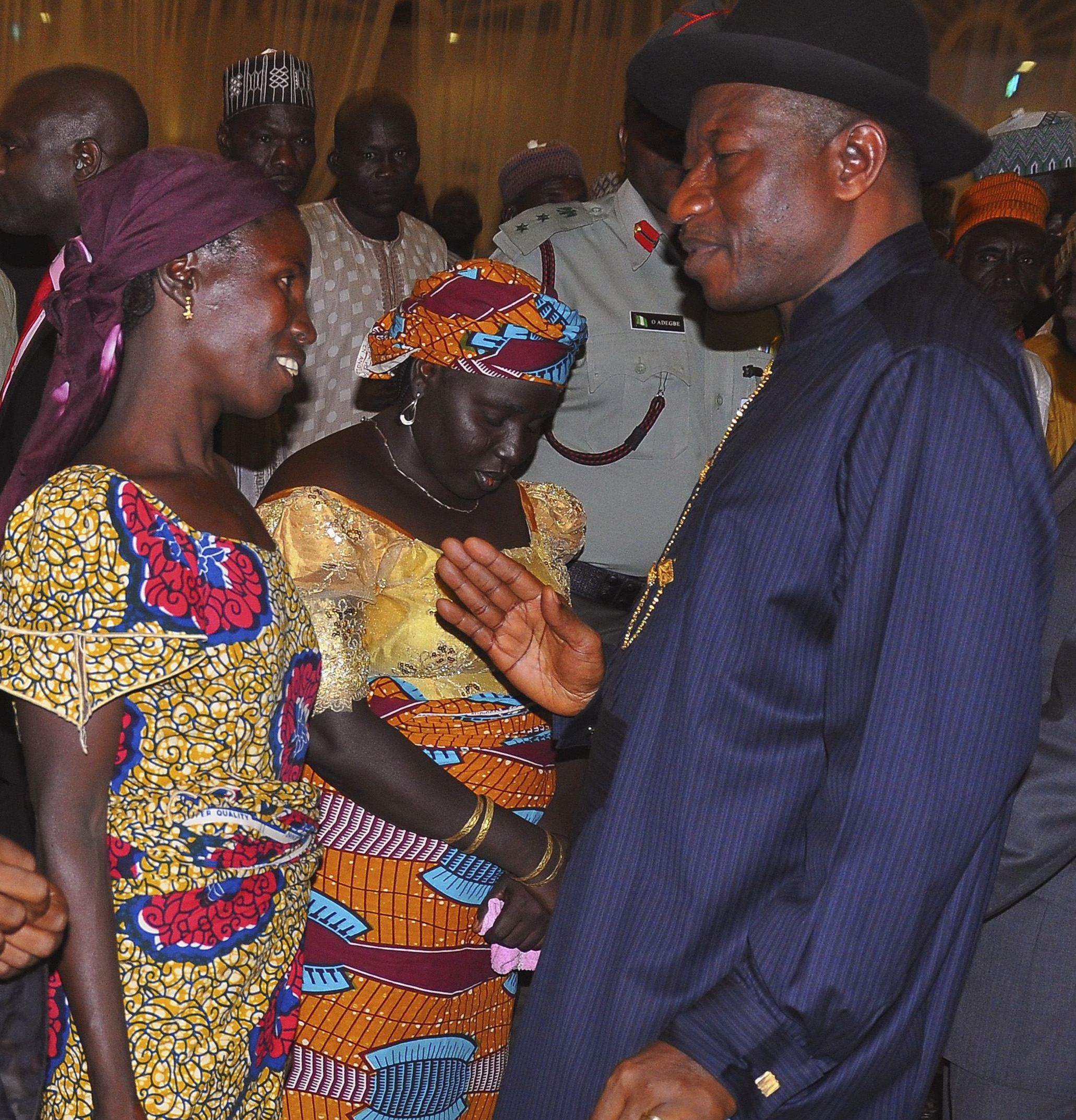