Nine people were killed and more than 40 injured when several buses crashed into each other on a German motorway near the eastern city of Dresden, police said on Saturday. The accident occurred just before 2am when a Polish bus crashed into the back of a Ukrainian bus. The Polish bus then broke through the central barrier and collided with a Polish minibus travelling in the other direction. The first bus then skidded down a slope.

In my 36 years of work as a professional firefighter, I’ve never witnessed an operation with such a large number of dead and injured.

Police said six of the nine dead had been identified. They were Polish citizens. Some of the 43 people injured were severely hurt, police said. The A4 motorway, which links Germany with Poland via Dresden, was closed for hours in both directions. 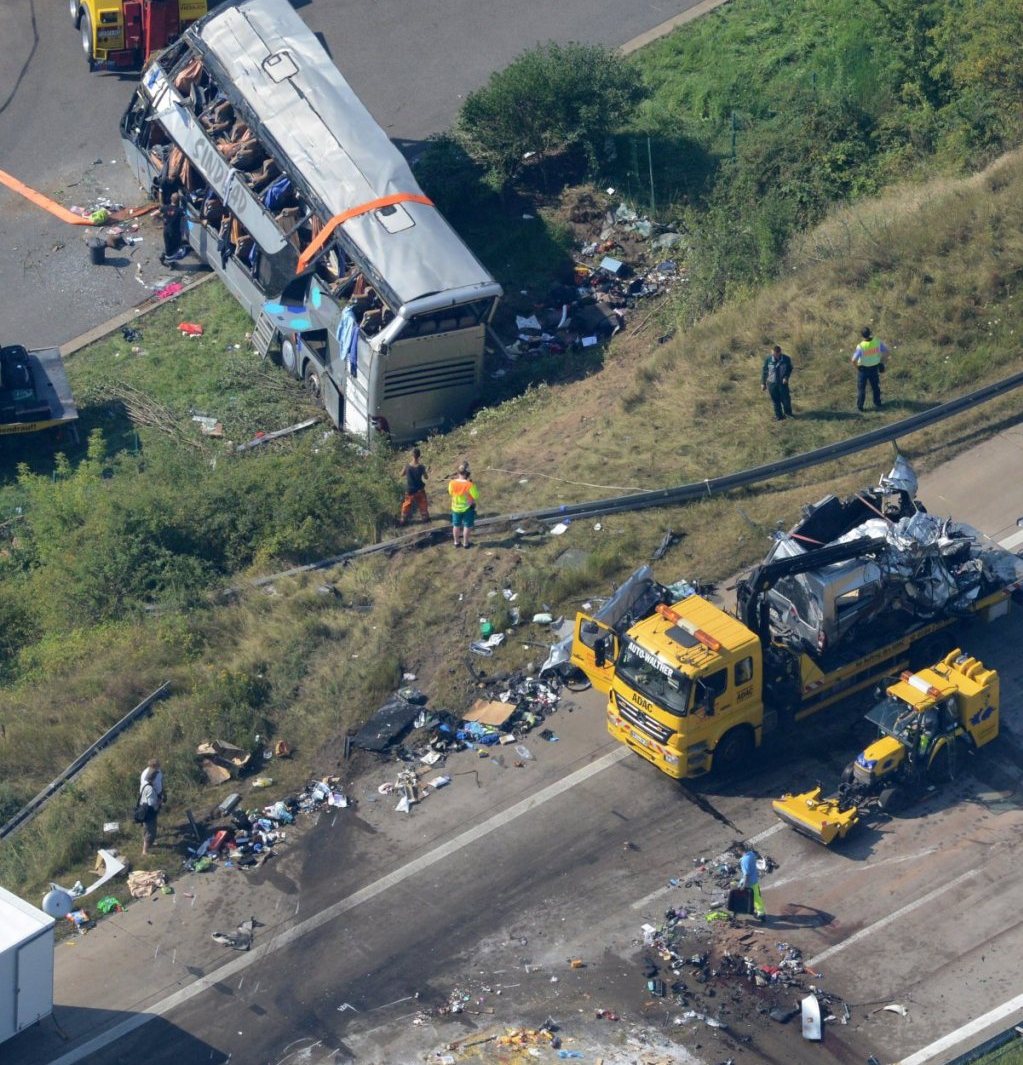