U.S. President Barack Obama has ordered a review of a policy on Americans abducted overseas, as intelligence agencies investigate the role of Western jihadists in the beheading of aid worker Peter Kassig. Obama’s recently ordered review will focus “on examining family engagement, intelligence collection and diplomatic engagement policies,” said Christine Wormuth, U.S. undersecretary of defense for policy. The move comes as a result of the increased frequency of hostage-taking of Americans overseas, and the recognition of the dynamic threat posed by specific terrorist groups.

We will continue to bring all appropriate military, intelligence, law enforcement and diplomatic capabilities to bear to recover American hostages. Those efforts continue every day

Alistair Baskey, a spokesman for the National Security Council

Kassig was captured last year and became the fifth Western hostage to be beheaded by the Islamic State (IS) militant group after American journalists James Foley and Steven Sotloff, and British aid workers David Haines and Alan Henning. The parents of Americans murdered by IS have criticized the White House for threatening them with potential criminal prosecution if they were to pay a ransom, for failing to save their sons. Officials insist Washington’s opposition to the practice has deterred groups such as al-Qaeda or IS from taking more Americans hostage. 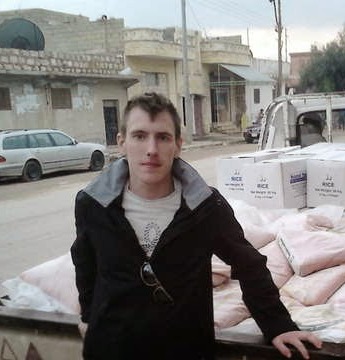