Jeb Bush is one step closer to getting in – or, as he put it on Facebook Tuesday, he’s now “actively” exploring “the possibility of running” for president. The former Florida governor – and the brother and son of former presidents – also said he’s forming a leadership PAC, or political action committee, in January. It was Mr. Bush’s clearest expression of intent yet about 2016, though in fact we already knew that he was openly considering a presidential campaign. The statement is certain to light a fire under other likely Republican candidates, such as New Jersey Gov. Chris Christie and Wisconsin Gov. Scott Walker. It also takes us one step closer to the possibility of another Bush vs. Clinton presidential campaign, as Hillary Rodham Clinton prepares for a presumed second run. But perhaps most interesting about Tuesday’s announcement was the signoff: “Onward, Jeb Bush.”

In the coming months, I hope to visit with many of you and have a conversation about restoring the promise of America.

The message suggests bold action, eyes affixed firmly on the future. Bush has plenty to build on from his past, starting with his two terms as governor of Florida – the nation’s biggest presidential battleground. And he has a long history of involvement and interest in policy, earning him the title of Bush family intellectual. But he also has work to do to overcome expected resistance to yet another Bush running for president – the dreaded “Bush fatigue.” Bush also has business ties that could complicate a campaign. Still, Bush is a favorite of the Republican establishment and a force within the forming 2016 field. In signing off with “Onward,” Bush may not have realized he was echoing the 2012 campaign slogan of President Obama: “Forward!” Obama, too, appeared eager to refresh his image as a man of the future, not bogged down in past political struggles. 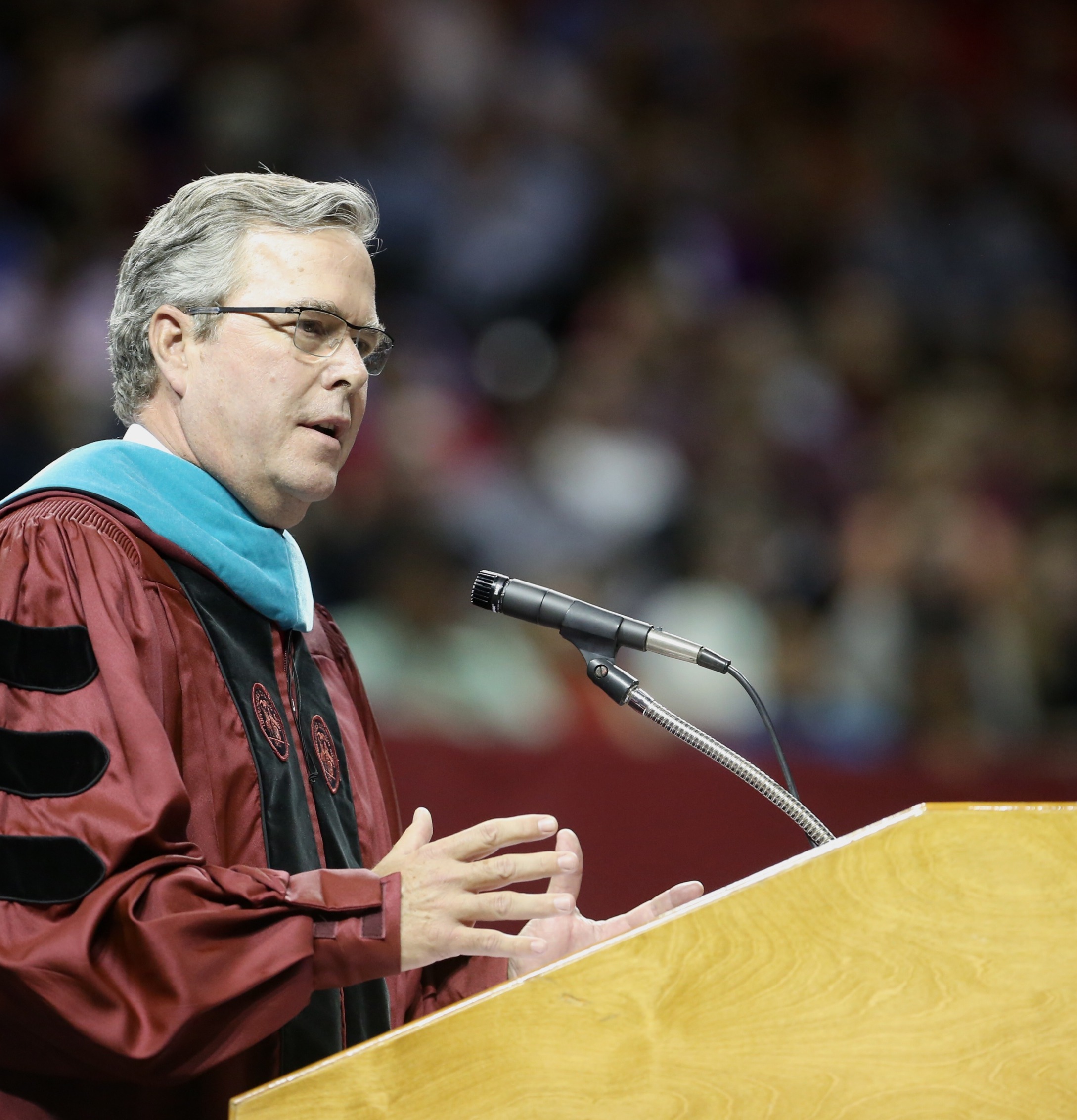