More than 100 police officers and firefighters are searching for what was believed to have been a tiger after it was spotted at a service station and paw prints were found. The big cat was first spotted on Thursday in the car park of the Intermarche supermarket at Montevrain in the Seine-et-Marne district east of the French capital. Soldiers were preparing to join the search as it resumed for a second day following the fresh sighting at the Total petrol station along the A4 motorway at Ferrieres-en-Brie. The paw prints were discovered at around 6.45am local time on Friday and are being examined by experts, Le Parisien reported.

Anyone who sees the tiger should call the police or the fire service.

If confirmed, it would mean the animal has gone past the town of Chanteloup-en-Brie and possibly crossed a main road since it was first sighted on Thursday. A helicopter equipped with thermal-imaging equipment has been used in the search for the animal, along with more than 100 police officers and firefighters armed with tranquilliser guns. Authorities ordered residents to stay indoors and police guarded the entrance to schools as children arrived on Friday morning.

After an investigation carried out by the National Hunting and Wildlife Office in conjunction with the Parc des Felins [nearby wildlife park], we can exclude the presence of an animal from the tiger species. 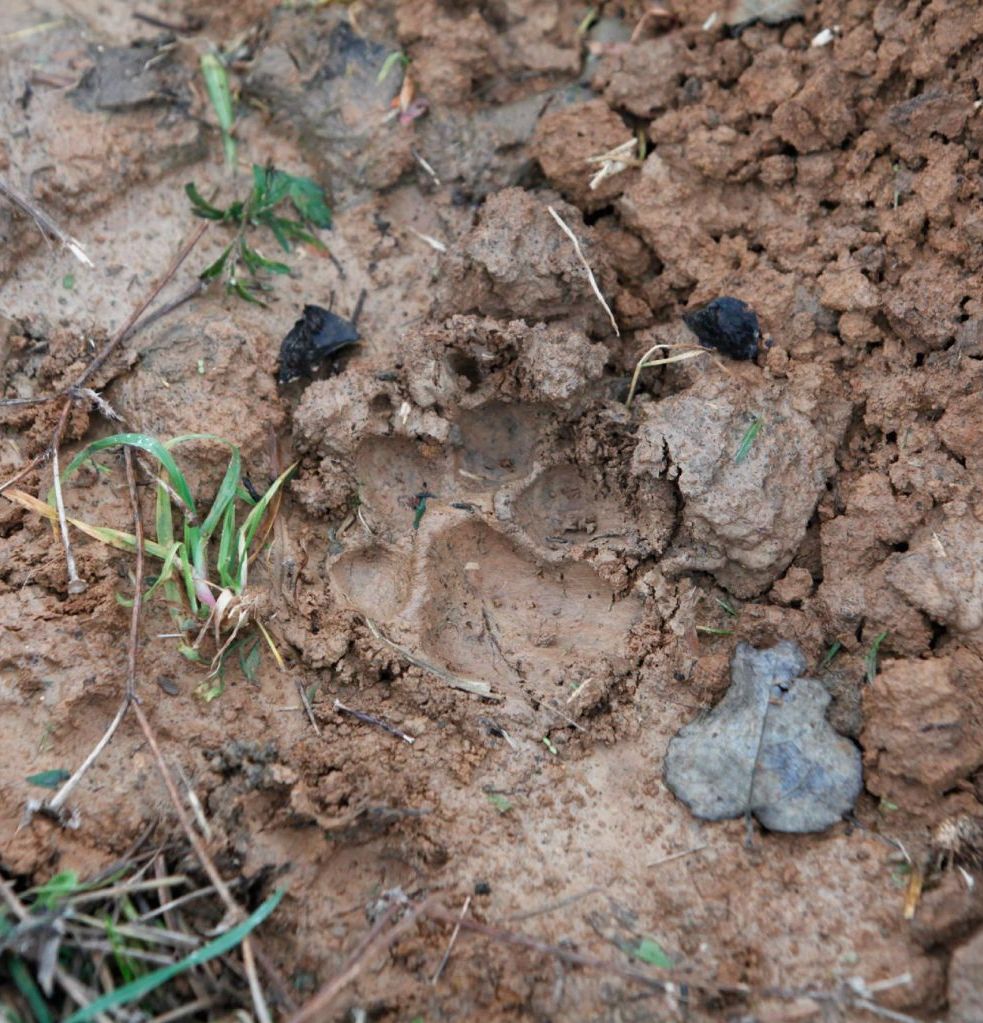