Scientists say the Philae lander has begun drilling into its comet - although battery issues may stop them obtaining data. The team at the European Space Agency (ESA) hope to extract some of the material buried beneath the comet’s surface. But it is not clear whether it will succeed in taking samples, Stephan Ulamec, head of operations for Philae, said in an online briefing. He added controllers still do not know exactly where the probe landed on comet 67P/Churyumov-Gerasimenko on Wednesday. The Philae lander is the first spacecraft to touch down on a comet and has sent first images from the surface of the body.

The mechanism has worked, but unfortunately we have lost the link and we have no more data.

But two harpoons that should have anchored it to the surface did not properly deploy when it landed. That caused Philae to bounce and drift through the void for two hours before touching down again. After a second, smaller bounce, scientists believe it came to rest in a shallow crater on the comet’s 2.5-mile (4km)-wide body, or nucleus. ESA mission control still has not been able to locate the probe, although it is believed to be next to a cliff that is blocking sunlight from its solar panels. This means the probe has been operating on battery power, which is expected to run out in the next day or so. Philippe Gaudon, an ESA project manager, said that by using that power, Philae was able to successfully deploy its drill and bore 25cm into the comet’s surface to start collecting samples. 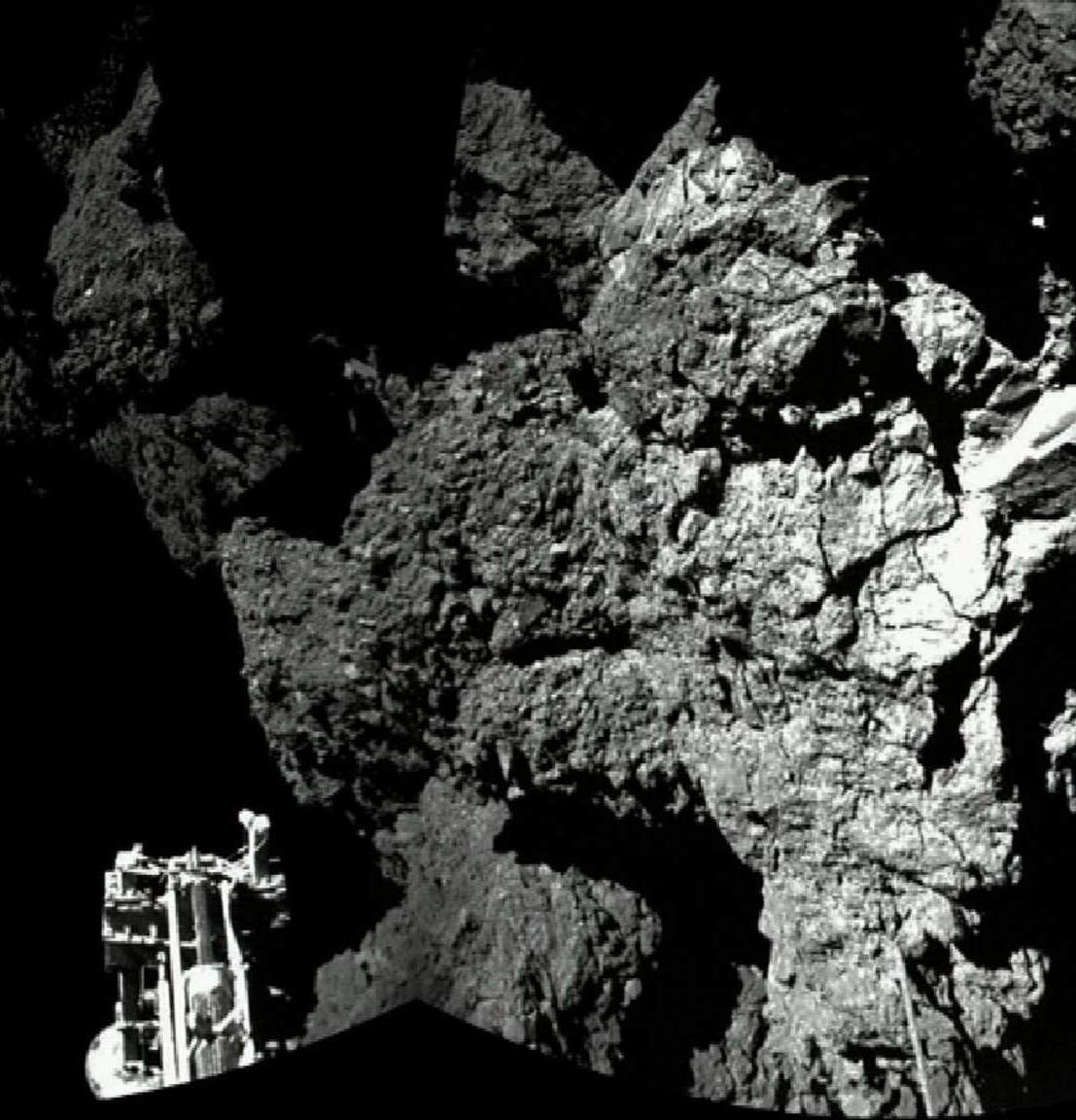