The horrifying image of the Sydney-raised boy posing with the rotting head of a soldier has plunged his grandfather into despair. He says the picture, posted on the boy’s father’s Twitter account, brought him to tears. The boy’s father Khaled Sharrouf (pic above), an Australian, fled to Syria last year and is now an Islamic State fighter. Peter Nettleton, father of Sharrouf’s Anglo-Australian wife Tara, said he thought his five grandchildren had been living in Malaysia while Sharrouf, 33, fought with the Islamic State army in Syria and Iraq. Nettleton said he became estranged from his daughter nine years ago after she converted to Islam and married her teenage sweetheart, an Australian born to Lebanese immigrants.

I’m scared for the children. What life are they going to have now? Can’t the government do something to pull these kids away from that man?

Peter Nettleton, grandfather of the boy who was photographed holding a decapitated human head

A friend of Sharrouf’s, Mohamed Elomar, who is also fighting in Syria, reacted to the photo of the boy with an equally disturbing tweet. “What a flaming ripper, ayyy beauty mate, love it, keep them heads rolling,” it reportedly said. Officials have said up to 150 Australians are fighting alongside militants overseas, mostly in Iraq and Syria. Many other countries also have nationals in the war zones. Australian Foreign Minister Julie Bishop said jihadists whose “barbaric ideology” threatened Australia’s way of life would be discussed at security talks with U.S. Secretary of State John Kerry in Sydney on Tuesday.

Concerned about citizens…returning home as hardened, home-grown terrorists, extremists, capable of carrying out terrorist activity in our own countries. 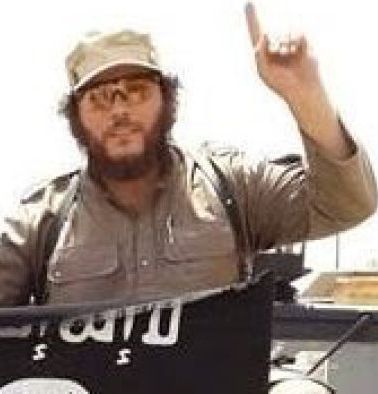