A Christian evangelist in eastern China says hundreds of police have taken down a local church’s cross amid a crackdown on church buildings around Zhejiang province. Qu Linuo said police arrived early Monday at the Longgang Huai En Church in the city of Wenzhou where they used a crane to remove the cross. Qu said about 200 parishioners had flocked to the church a few hours earlier to protect the church but peacefully made way for the police. Qu said authorities told the church the cross violated building height limits. Last week, parishioners at another church in Wenzhou successfully protected their cross from hundreds of police.

This is clearly discrimination against our religion and to crack down on our belief.

Experts and church leaders in Zhejiang, the only province where the incidents are happening, believe there is a campaign to repress Christianity, which has grown so rapidly as to alarm the atheist Communist government. 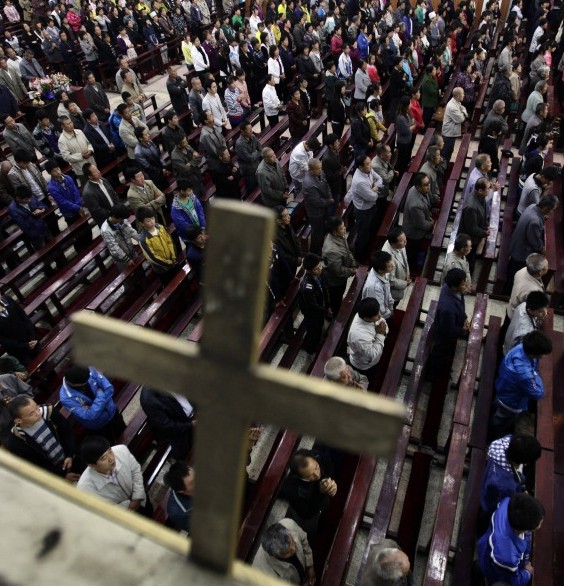