Pope Francis has called for an end to the “arrogance of the powerful” which relegates the weak to the outskirts of society and to the “false neutrality” toward conflicts, hunger and persecution. In his new year homily, the Pope emphasised the need to “let ourselves be reborn, to overcome the indifference which blocks solidarity, and to leave behind the false neutrality which prevents sharing”. After celebrating Mass, the pope came to the window of a Vatican palazzo overlooking St. Peter’s Square to offer new year’s wishes to a crowd of tens of thousands of people cheering him from below. There, he issued a caution that “the enemy of peace isn’t only war, but also indifference,” and he decried “barriers, suspicions, fears and closures” toward others.

At the start of the year, it’s lovely to exchange wishes. Let’s renew, to one another, the desire that that which awaits us is a little better. It is, after all, a sign of the hope that animates us and invites us all to believe in life.

In his homily, Francis reflected on the “countless forms of injustice and violence which daily wound our human family.” He said: “Sometimes we ask ourselves how it is possible that human injustice persists unabated, and that the arrogance of the powerful continues to demean the weak, relegating them to the most squalid outskirts of our world." Francis cited no country, continent or conflict but his words clearly evoked images of the refugees who flooded into Europe from Africa, the Middle East and Asia in 2015. He spoke of "witnessing hordes of men, women and children fleeing war, hunger and persecution, ready to risk their lives simply to encounter respect for their fundamental rights”.

We ask how long human evil will continue to sow violence and hatred in our world, reaping innocent victims. 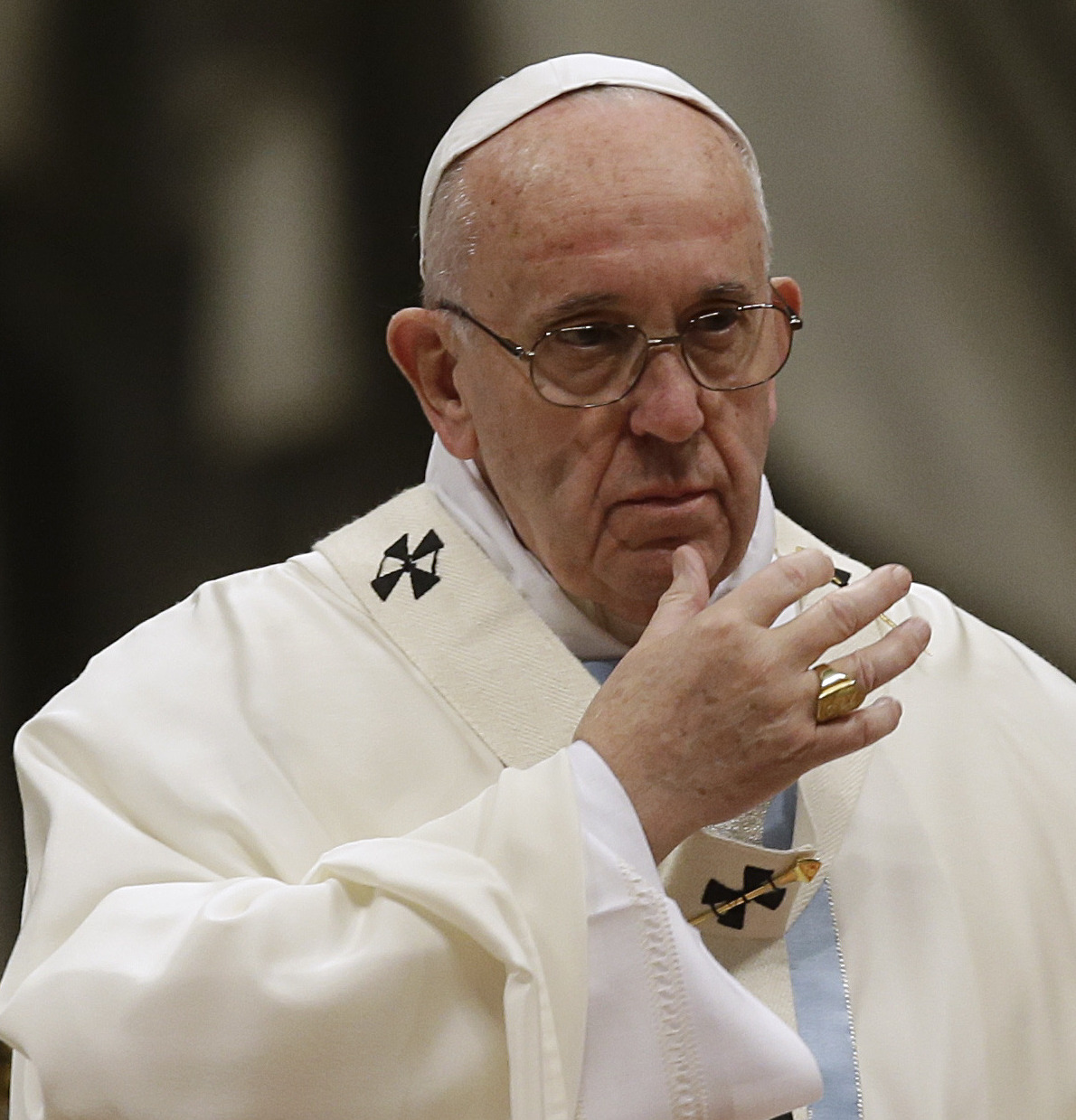