Pope Francis pulled off some trick moves in St. Peter’s Square on Wednesday. He had great instructors: The Harlem Globetrotters. The basketball troupe met with the pope during his weekly general audience. They presented a framed No. 90 jersey backed with “Pope Francis,” and encouraged him to play with them. With teammates Hi-Lite Bruton, Ant Atkinson, and Big Easy Lofton looking on, Flight Time Lang got a red, white, and blue ball spinning on his own finger, then took the pope’s right index finger and let a smiling Francis try it himself. The Globetrotters are touring Italy. 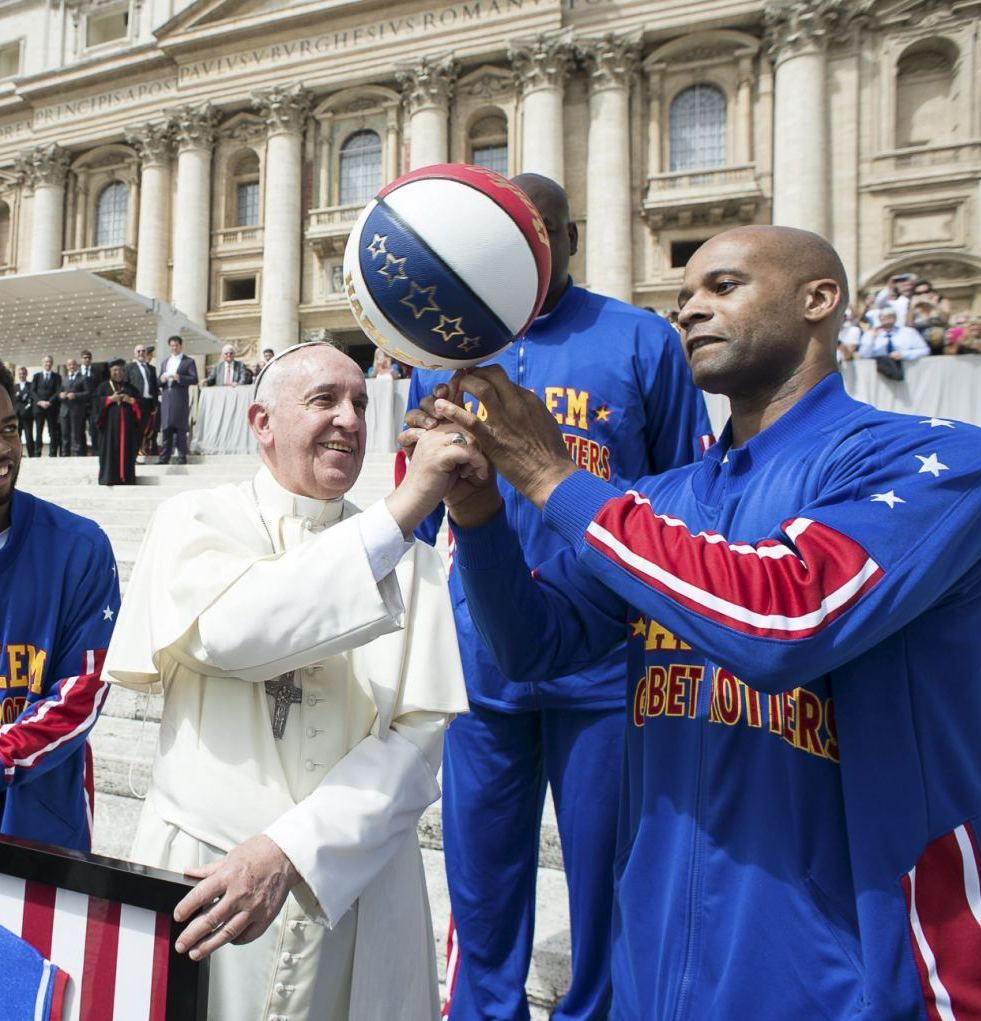