Pope Francis has tripped and fallen while presiding over mass on the latest leg of his visit to Poland. The 79-year-old pontiff was blessing the altar at the start of the open-air ceremony when he tripped on a step. He was helped up by aides and did not appear to be hurt, continuing the service for tens of thousands of people and reading his homily. He went on deliver a long sermon before tens of thousands of faithful gathered at the foot of the Jasna Gora monastery in the southern city of Czestochowa.

The pope is fine.

Pope Francis suffers from sciatica, a medical condition in which pain sometimes shoots down the leg from his lower back. In February he fell over after an eager member of a crowd in Mexico pulled his arm. He crashed down into a man in a wheelchair, and although he recovered and kissed the man on the head, he looked visibly irritated. 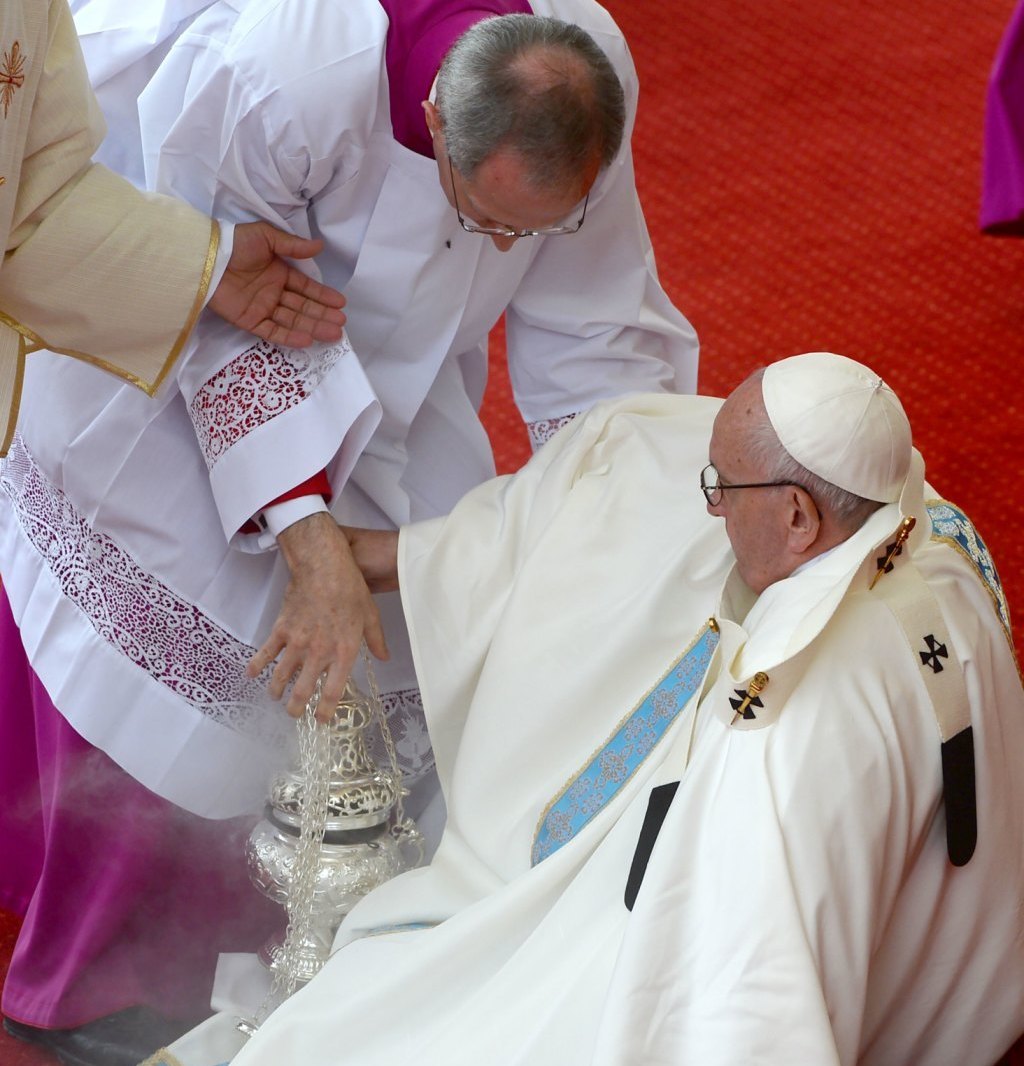