Pope takes message to defend poor and the environment to Bolivia

Pope Francis has flown to Bolivia, ready to share his message in defence of the poor and the environment on the second leg of a three-nation tour of his home region. Francis flew out of Quito after a four-day visit to Ecuador, where he celebrated two massive outdoor masses and pleaded for “dialogue” in a country rocked by anti-government protests. In his last few hours in Ecuador, the 78-year-old leader of the Roman Catholic church paid a call to a retirement home outside the capital and visited the shrine of the Virgin of El Quinche. Addressing thousands of faithful, priests and bishops, Francis urged fellow clergymen to focus on serving their flocks and remedy the “spiritual Alzheimer’s” that makes them forget their humble beginnings.

Take care not to fall ill, an illness that is very dangerous for those of us whom God freely chose to follow and serve him. Don’t fall into a spiritual Alzheimer’s, don’t lose your memory.

During his trip to Ecuador, the pope also addressed politicians and civil society, pleading for unity and dialogue in the wake of protests against leftist president Rafael Correa. In Bolivia, the poorest country in South America, the first Latin American pope is expected to speak again about his new passion – his defence of Mother Earth. During his visit to Ecuador, the pope already stressed the important role the Amazon plays in the “global ecosystem” and said its “enormous diversity” required particular care. Francis will visit Bolivia’s capital, La Paz, as well as the city of Santa Cruz before traveling to Paraguay on Friday, the final leg of his South American tour. All three of the countries he is visiting are predominantly Catholic and have been marked by a long history of poverty and inequality mostly afflicting indigenous populations. 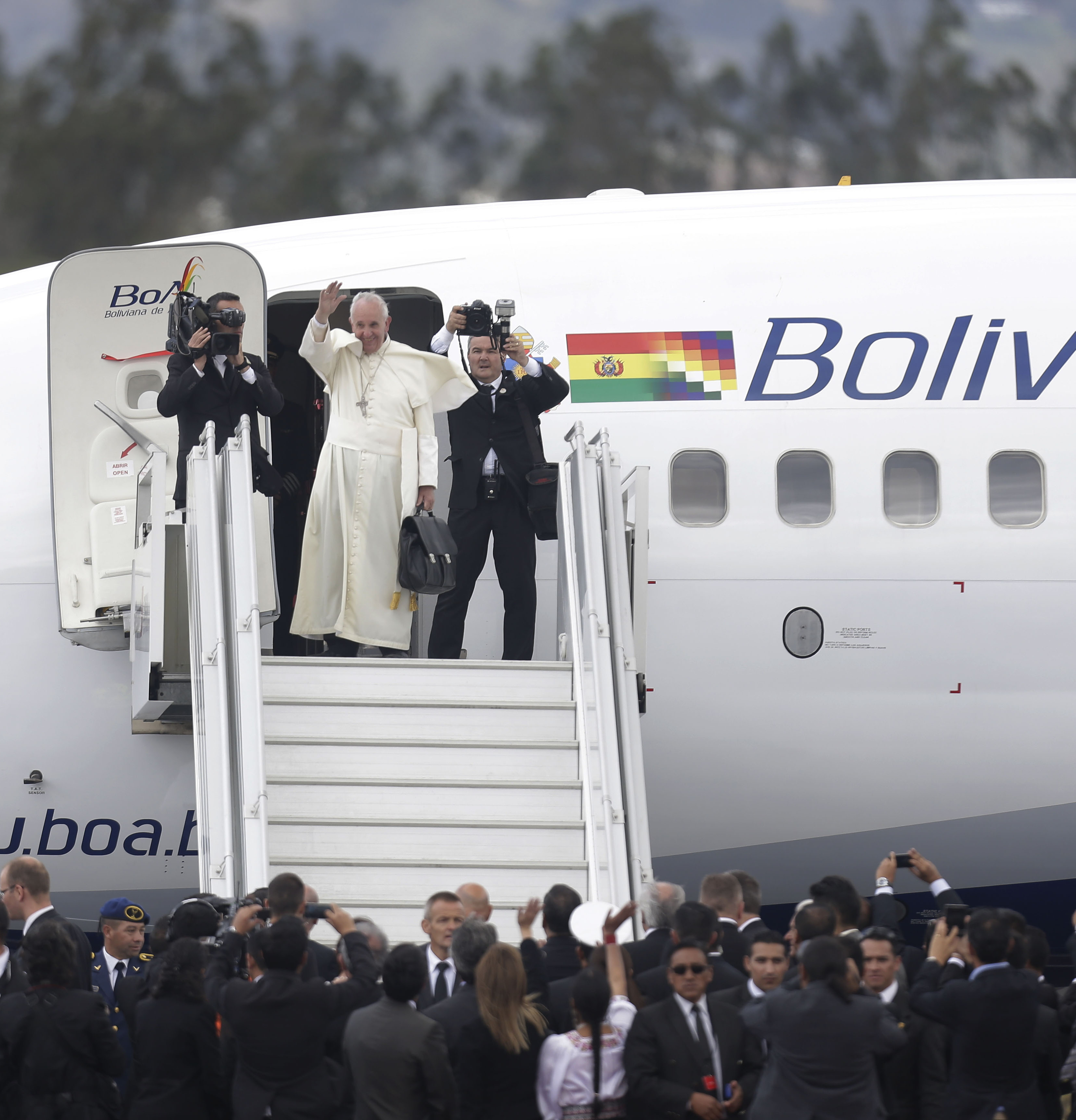