Pope Francis called on people across Latin America to turn to their common Christian roots as an inspiration to resolve differences when he said Mass for nearly one million Catholics in the Ecuadorean capital on Tuesday. In his homily, the Argentine pontiff praised the conviction and strength in the “cry for freedom” during the region’s independence struggle from European powers 200 years ago. Political protests had been rocking Ecuador, a socialist-ruled nation of 15 million people, before the pontiff’s arrival, but his presence has brought a temporary halt to demonstrations.

The enormous richness of variety … moves us away from the temptation of offers that are closer to dictatorships, ideologies or sectarianism.

Poverty will also be a major topic during this South American tour by “the pope of the poor." It is the first visit by a pontiff to Ecuador in three decades. His first visit to Latin America as pope was in Brazil in 2013. His current tour comes at a time when the Vatican is losing followers to protestantism in Latin America, where many of the world’s 1.2 billion Catholics hail from. 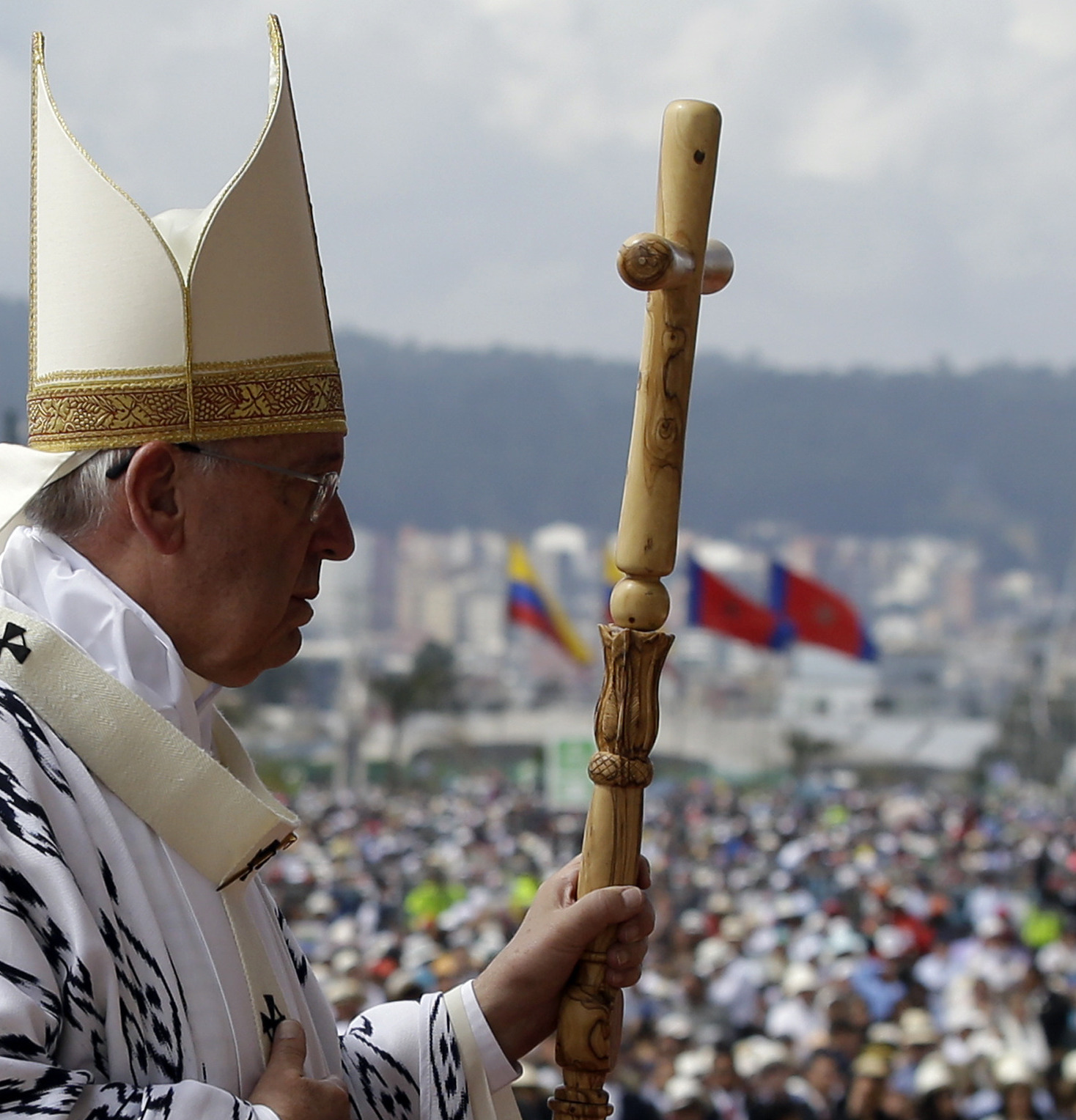