Thousands of protesters shouted at police and clogged the streets of Manhattan on Wednesday, angered by a New York City grand jury’s decision not to charge a white police officer in the chokehold death of an unarmed black man. Largely peaceful demonstrations gathered strength and snarled traffic in locations throughout the city, including Grand Central Terminal, Times Square and near Rockefeller Center. Some protesters staged a ‘die-in’ by lying in silence on the street after it was announced that no criminal charges would be brought against officer Daniel Pantaleo in the death of Eric Garner in July. Garner, a 43-year-old father of six, was accused of illegally selling cigarettes on a sidewalk when Pantaleo put him in a chokehold from behind and tackled him with the help of other officers.

Mr. Garner’s death is one of several recent incidents across the country that have tested the sense of trust that must exist between law enforcement and the communities they are charged to serve and protect.

Meanwhile, the U.S. Justice Department said it is investigating whether Garner’s civil rights were violated. The deadly encounter on Staten Island, New York City’s smallest borough, was captured on video, which quickly spread over the Internet and fueled debate about how U.S. police use force, particularly against minorities. It was the second grand jury in just over a week to decline to prosecute a white policeman in the death of an unarmed black man. The decision by grand jurors in Ferguson, Missouri, in the death of black teenager Michael Brown sparked a spasm of violence, with businesses burned and looted.

This is an American problem when anybody in this country is not being treated equally under the law. That’s a problem and it’s my job as president to help solve it. 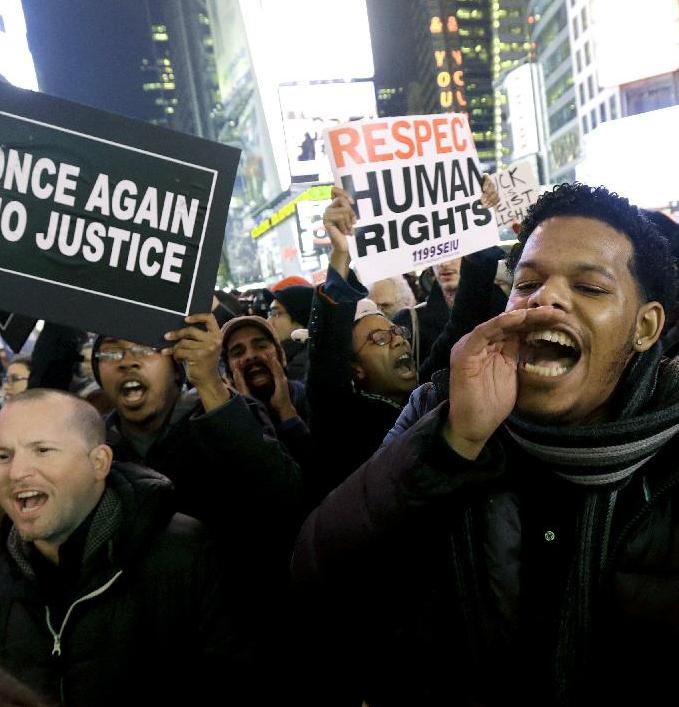