Human Rights Watch called on Israel Saturday to stop razing the homes of Palestinians accused of attacking Israelis, saying the practice can constitute a war crime. The east Jerusalem families of Muataz Hijazi, and of cousins Uday and Ghassan Abu Jamal, killed by police after two separate attacks in west Jerusalem, have been served demolition orders on their homes but have appealed. Their lawyer, Mohammed Mahmud, said in a statement that an Israeli military court would hear their petition on Sunday morning. Home demolitions have long been used as a deterrent punishment in the occupied West Bank, but this is the first time they have been adopted as a matter of policy in annexed Arab east Jerusalem.

The policy, which Israeli officials claim is a deterrent, deliberately and unlawfully punishes people not accused of any wrongdoing. When carried out in occupied territory, including east Jerusalem, it amounts to collective punishment, a war crime.

Hijazi was accused of shooting and critically wounding a far-right Jewish activist on October 29. Police shot him dead during a raid on his home in Abu Tor the following morning. The Abu Jamals, from Jabal Mukaber, were shot dead Tuesday after they attacked a synagogue with meat cleavers and a pistol, killing four rabbis at prayer and a policeman who responded. On Wednesday, Israeli forces razed the east Jerusalem home of a Palestinian who killed two Israelis with his car last month. That was the first punitive demolition in Jerusalem since 2009. It came after Israeli Prime Minister Benjamin Netanyahu vowed a harsh response to the synagogue attack, Jerusalem’s bloodiest in years. 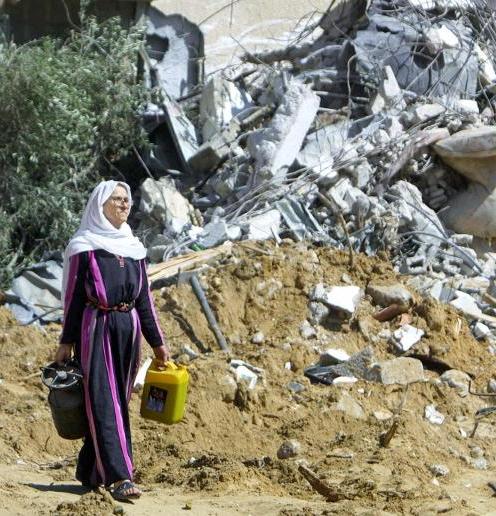