Putin criticises sanctions but says Russia does not want war

President Vladimir Putin on Saturday said Russia is not at war and does not want war with anyone, but sharply criticised Western sanctions over Ukraine. “There’s no war, thank God. But there is definitely an attempt to curb our development,” Putin told trade union members. German Chancellor Angela Merkel spent the weekend pushing a new peace bid to end the Ukraine conflict, warning that sending weapons to government forces fighting pro-Russian rebels would not stop the bloodshed. Fresh from overnight talks in Moscow with French President Francois Hollande to thrash out a new peace plan, Merkel said success was far from assured but it was essential to try.

We don’t plan to fight a war with anyone; we plan to cooperate with everyone.

Time is pressing to find a solution to the crisis before it turns into a major East-West confrontation, as recent gains by the Russian-backed and increasingly well-armed rebels drive calls for the West to supply weapons to Kiev. Supporters in Washington argue Western sanctions have failed to get Russia to reverse course in a conflict, so the time has come to take the gloves off. But Merkel rejected that idea outright as dangerously unrealistic and unlikely to impress Putin. “I can’t conceive of a situation where better armaments for the Ukrainian army so impress President Putin that he believes he will militarily lose,” she said. Merkel is due to meet US Secretary of State John Kerry, his Russian counterpart Sergei Lavrov, Ukraine President Petro Poroshenko and US Vice-President Joe Biden on the sidelines of the Munich Security Conference. 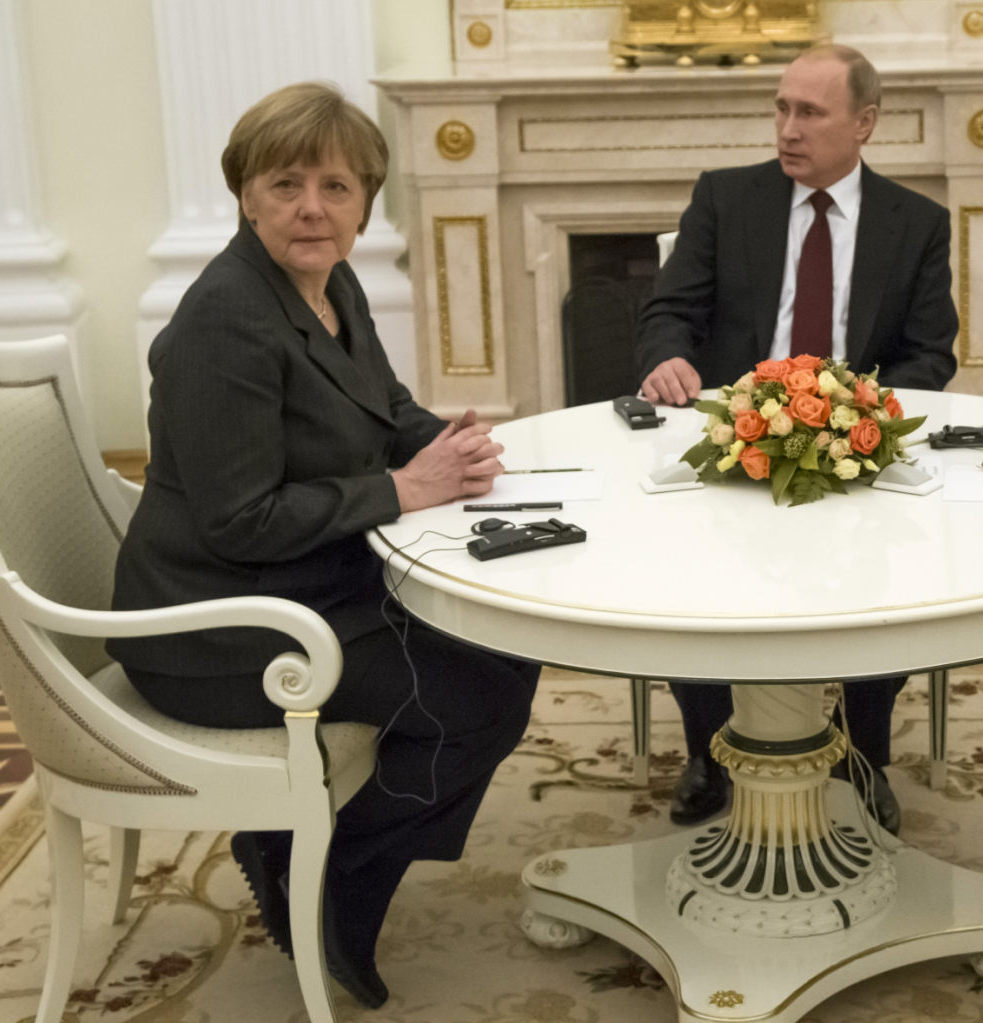