At least 21 people have been killed after a rush-hour subway train derailed in Moscow, emergency officials said. President Vladimir Putin, who is away in Brazil, ordered a criminal investigation into the accident, which is likely to raise further questions over Russia’s transport safety record. There was no suspicion of a militant attack, the cause of scores of deaths in Moscow’s subway system in years past.

There was smoke and we were trapped inside. It’s a miracle we got out. I thought it was the end.

Several carriages left the track in a tunnel after a power surge triggered an alarm and appeared to make the train slam on its brakes. At least 150 people were taken to hospital, with 50 in serious condition, news agency Itar-TASS said. Yuri Akimov, a Moscow representative of the emergency services, said in a televised briefing outside the Park Pobedy station that about 200 people were evacuated from the train, which was stuck between two stations in west Moscow. Park Pobedy is the deepest metro station in Moscow at 84 metres, making the rescue difficult. 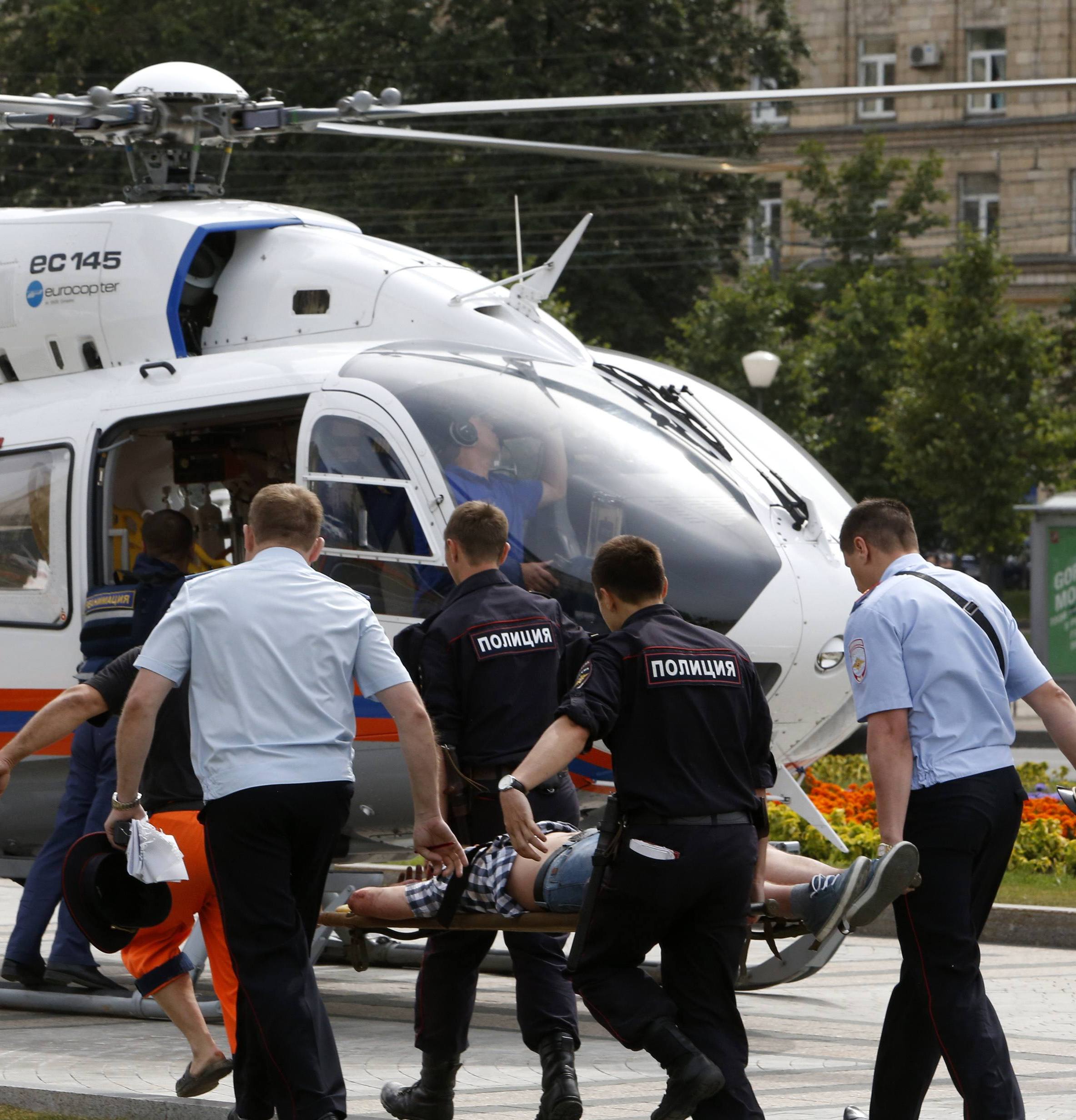