A drone marked with a radioactive sign landed on the roof of Japanese Prime Minister Shinzō Abe’s office and tested positive for small amounts of radiation, police say. It was carrying a small camera, a water bottle and a flare. A “small quantity” of radiation was measured on the drone and is being investigated by police, said Kyodo news.

This situation concerns the center of Japanese government, the prime minister’s office, and we will take every necessary step, including a detailed investigation by police.

It was not immediately clear who sent the drone or why. But a Japanese court on Wednesday approved the restart of a nuclear power station in the southwest of the country, rejecting worries about nuclear safety in the wake of the 2011 Fukushima radiation disaster. 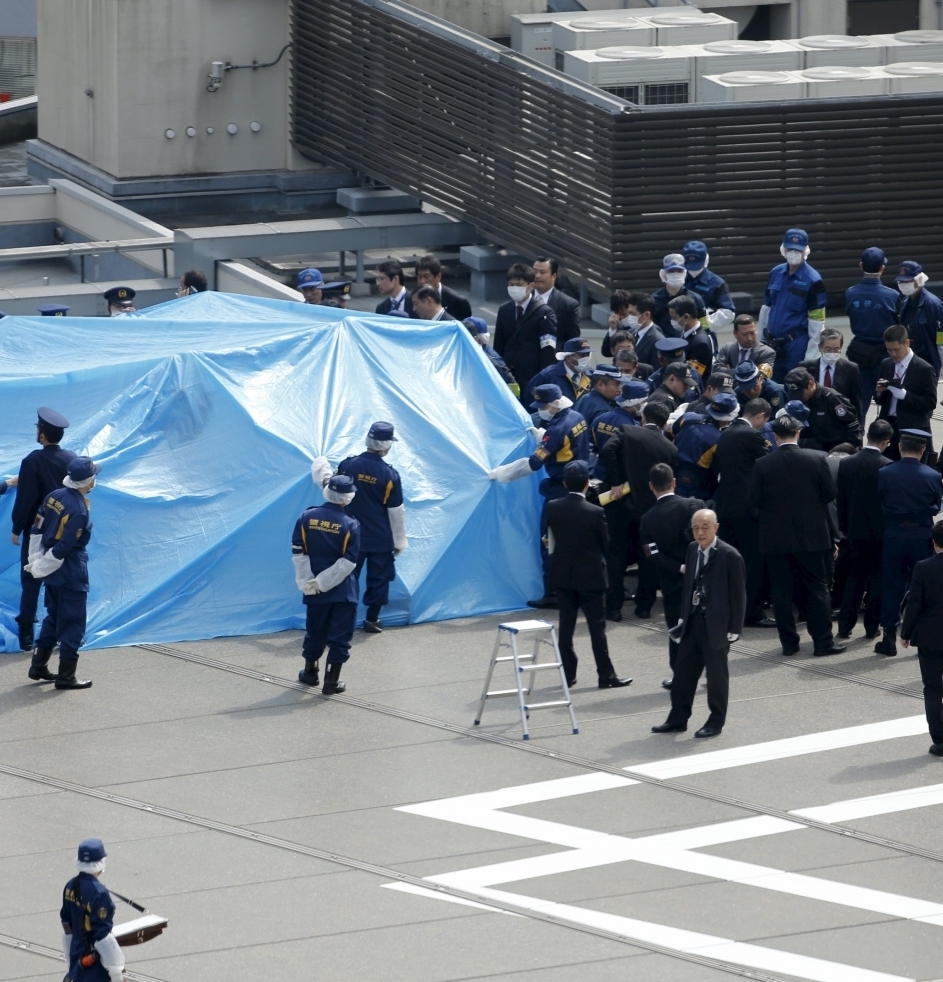