A search-and-rescue team pulled a rare half-ton whale fossil from a Southern California backyard Friday. The 16- to 17-million-year-old fossil from a baleen whale is one of about 20 baleen fossils known to exist. Baleen is a filter made of soft tissue that is used to sift out prey, like krill, from seawater. Gary Johnson, 53, first discovered the fossil when he was a teen exploring the creek behind his family’s home. At the time, he called another local museum to come inspect the find, but officials passed on adding it to their collection. In January, a 12-million-year-old sperm whale fossil was recovered at a nearby school, prompting Johnson to call the Natural History Museum.

I thought, maybe my whale is somehow associated. 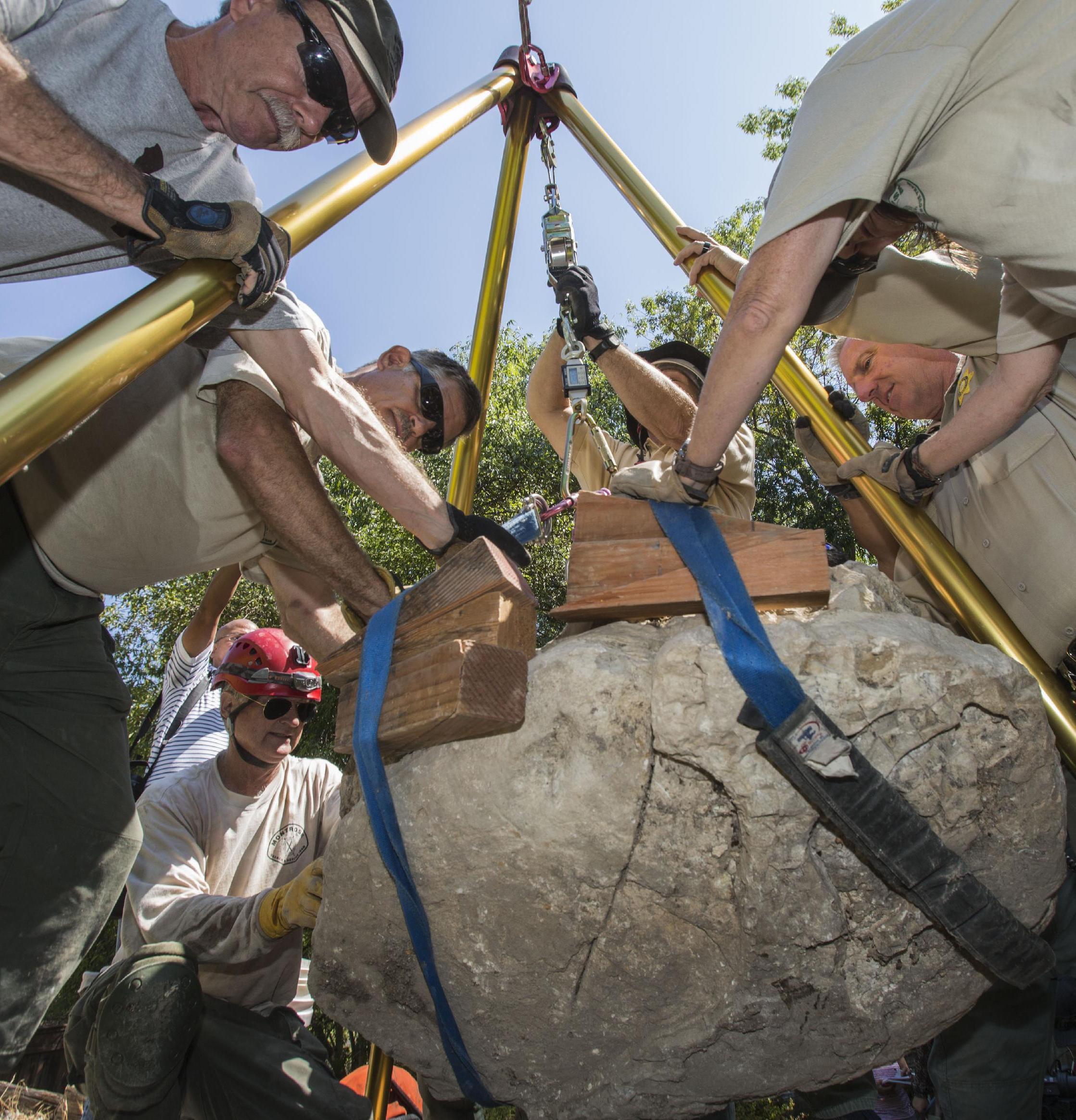