Every tie in that draw is the same, it’s fantastic, so we’re looking forward to it.

Arsenal manager Arsene Wenger will face his old club AS Monaco in a competitive match for the first time while five-time winners Bayern Munich take on Shakhtar Donetsk. Juventus will play Borussia Dortmund in a repeat of the 1997 final while FC Basel’s Portuguese coach Paulo Sousa will seek to eliminate Portuguese side Porto. The first legs will be played on Feb.17/18 and Feb. 24/25 with the second legs being played on March 10/11 and March 17/18 next year. The final is in Berlin on June 6. 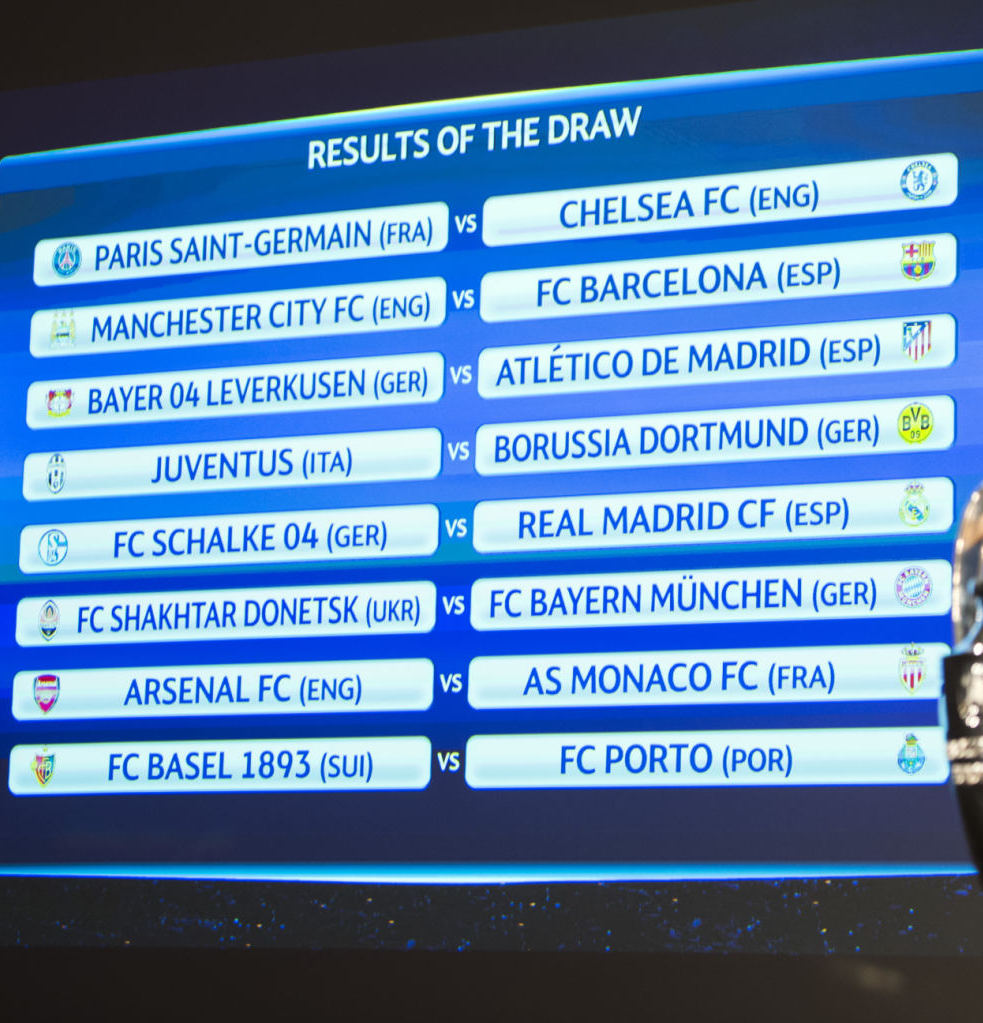