Hard-line Syrian rebel groups seized a strategic town Saturday in northwestern Syria, sending government troops fleeing after intense clashes that have seen the opposition take nearly all of a crucial province. The takeover prompted retaliatory government air raids in the town center — as many as 30 airstrikes according to one activist group — that left an unknown number of people killed and wounded. If they can hold the town of Jisr al-Shughour in Idlib province, rebel fighters from Islamic factions — including the al-Qaida-affiliated Nusra Front — will have gained in only a few days a gateway to the Mediterranean coast, a refuge of embattled President Bashar Assad, and cut government supply lines from the coast to northern and central Syria.

Al-Nusra Front and the Islamist brigades … took control of almost all the city. Government forces fled. Thousands of rebel fighters are in the city.

The town is one of the last bastions of Assad’s government in the area and fighting around it continued Saturday. The offensive, which rebels have called the “Battle of Victory,” comes less than a month after the provincial capital, also called Idlib, fell to the opposition. The fight for Jisr al-Shughour began Wednesday and activists have said thousands of fighters took part in the offensive, which first targeted military facilities and checkpoints outside of town. The town of Jisr al-Shughour was one of the first towns to rise against Assad’s regime, but has largely remained under government control despite briefly falling to the rebels in early 2011. The government accused the rebels there of killing over 100 soldiers, a charge they denied. 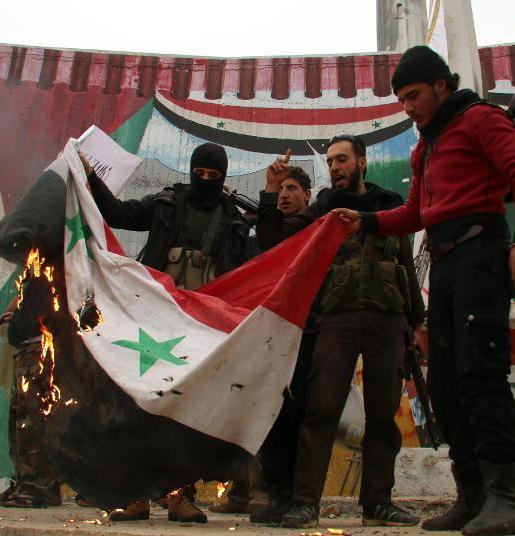