The recent recession may have led to thousands of extra suicides, researchers have said. The financial crisis has been linked to more than 10,000 people taking their own lives across Europe and North America between 2008 and 2010 during the financial crisis, the study suggests. The research, published in the British Journal of Psychiatry, show that suicide rates “rose significantly” after the 2007 crash. They cited job loss, home repossession and debt as the main risk factors leading to suicide during recessions.

There has been a substantial rise in suicides during the recession, greater than we would have anticipated based on previous trends.

Experts from the University of Oxford and the London School of Hygiene and Tropical Medicine said the increase was four times higher among men. They analysed data from the World Health Organisation about suicides in 24 EU countries, the US and Canada. Between 2007-09, when the economic crisis began, suicide rates rose in Europe by 6.5%, they found. The rates remained at this elevated level through to 2011. This corresponds to an additional 7,950 suicides than would have been expected across these EU countries, they said. In addition, suicide rates in Canada and the US rose by 4.5% and 4.8%, respectively, during the same time.

Suicides are just the tip of the iceberg. These data reveal a looming mental health crisis in Europe and North America. 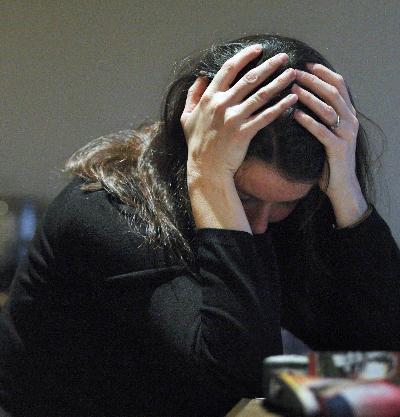