Recession-hit Finland goes to the polls, change of government expected

Finns go to the polls on Sunday in legislative elections expected to oust the left-right government after a campaign that has focused heavily on how to lift Finland out of a three-year economic slump. Public opinion polls have predicted a resounding victory for the liberal-agrarian Centre Party leader Juha Sipila, a 53-year-old IT millionaire and newcomer to politics. Campaigning heavily on his business know-how, Sipila has vowed to get the economy back on track after three years of recession and stagnation, austerity and failed reforms. Elected to parliament in 2011, Sipila became party leader in 2012 when he was still virtually unknown to most Finns.

Our country deserves better. Politics must be returned to a climate of trust.

Sipila wrote on his blog on Saturday

In opposition since 2011, the Centre has recently been credited with around 24 percent of voter support. If its victory is confirmed on Sunday, Sipila’s first task will be to pick his coalition partners. Tradition dictates that the largest party takes the post of prime minister and forms a government with the other largest parties to obtain a majority in parliament. Several weeks of thorny negotiations are expected before Sipila is able to present a coalition. Three parties are fighting for second place, hovering between 14 and 17 per cent in the polls: Prime Minister Alexander Stubb’s conservative National Coalition Party, the Social Democrats, and the rightwing eurosceptic Finns Party. 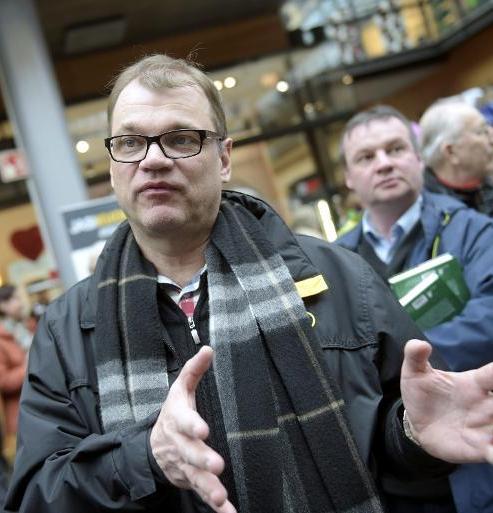