Celine Jimmy prayed three times before running out of a clubhouse into the darkness to a family home as Cyclone Pam roared through her village in Vanuatu, her four children close by her side. “The next morning, we thanked God because he protected us,” says the 42-year-old of her race to move to a building with more shelter. More than a week after the maximum category five storm destroyed the crops she grew to feed her family, Jimmy’s neighbour Glenes Lulu is also praying, asking God for rain to help seeds grow and so she can have clean water to drink.

I will tell them God cared for them. We did not have anyone lose their lives. None of us died.

Leah Obas, wife of Assemblies of God church pastor, on what she will tell the children who attend her Sunday school classes

Religion is important in Vanuatu, whose population is largely Christian, with the majority Protestants and about 12% Catholic. There are also so-called cargo cults, which mostly sprang up during World War II. Most have fizzled out but the John Frum movement on Tanna island, badly-hit by the cyclone, continues to have a significant following, with believers expecting the mythical Frum to return with loads of cargo from America. The March 13 cyclone has affected about half of Vanuatu’s 267,000-strong population. 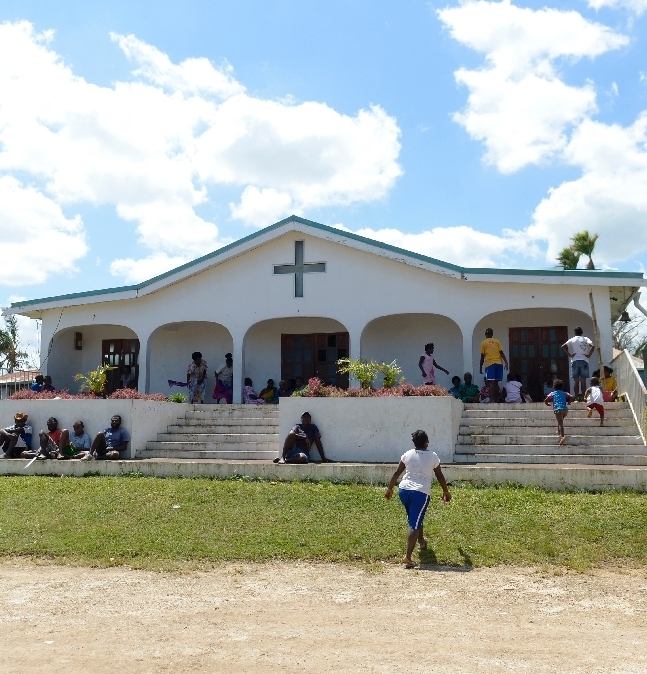