China is rapidly building an airstrip on an artificial island in disputed South China Sea waters, recent satellite pictures show, potentially ramping up tensions with several Southeast Asian neighbours. Fiery Cross in the Spratly Islands was little more than a reef when China began land reclamation works to turn it into an island in late 2014. Now, satellite images taken last week by DigitalGlobe and shown on the website of the Washington-based Center for Strategic and International Studies (CSIS) show the runway is more than one-third complete.

[Such work is] lawful, justifiable and reasonable. It does not target or impact on any other country and we hope that relevant parties can have a correct understanding on that.

China claims nearly all of the South China Sea, on the basis of lines on Chinese maps published in the 1940s and locking it into disputes with several Southeast Asian neighbours. Its island-building in the Spratlys, also claimed in whole or part by the Philippines and Vietnam among others, has been seen as part of an attempt to assert its territorial claims by establishing physical facts in the water. China’s moves in the region should spark fear around the world, with military conflict possible, Philippine President Benigno Aquino told AFP on Tuesday. 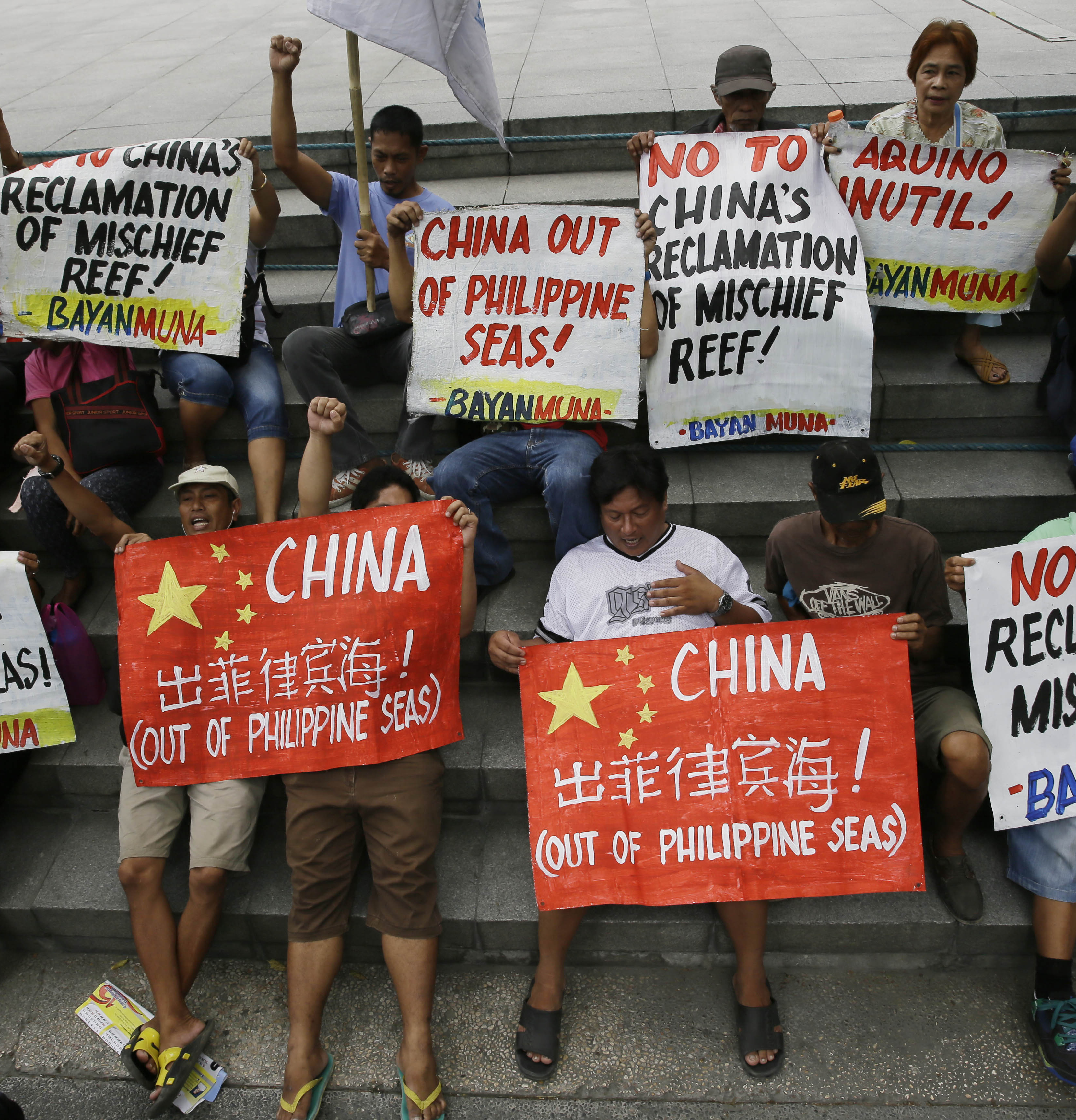