Iraqi Kurdish security forces have opened a road to Sinjar Mountain in northwestern Iraq, rescuing more than 5,000 Yazidis trapped there, Al Jazeera reports. The Yazidi, an ethnic minority in northern Iraq, have been fleeing the ISIL insurgency by the thousands. The UN has said that roughly 40,000 people—many women and children—have taken refuge in nine locations on the mountain. With no food or water, witnesses report hundreds are in danger of dying. Local officials said that at least 500 Yazidis, including 40 children, have been killed over the past week, and many more have been threatened with death.

I saw people dropping on the ground from being so tired on their empty stomachs. It’s not a crisis, it’s a catastrophe.

The U.S. and UK have both made food and water drops in the Sinjar area. One of two British C130s made humanitarian airdrops in northern Iraq on Sunday morning. The planes were stocked with humanitarian aid, including reusable filtration containers, tents and solar lights that can also recharge mobile phones. The British government has pledged an emergency US$13 million aid package to help refugees in Iraq. Three aid drops have also been made by the U.S., who also carried out five strikes on ISIL targets in Irbil on Sunday. 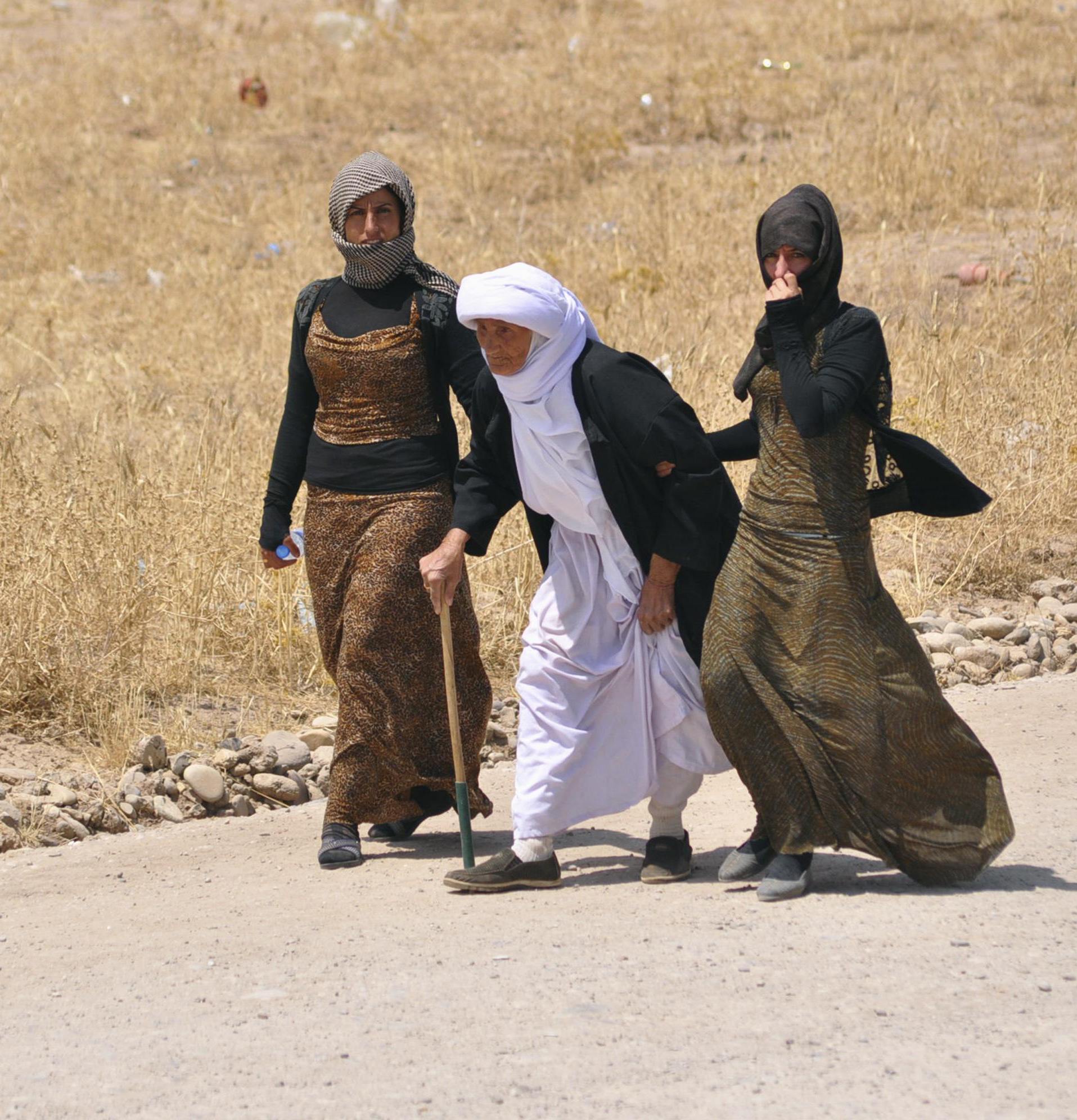