Return of the king: Colossal statue of Amenhotep III unveiled in Egypt

Archaeologists on Sunday unveiled a restored colossal statue of Amenhotep III that was toppled in an earthquake more than 3,000 years ago at Egypt’s famed temple city of Luxor. The statue showing him in a striding attitude was re-erected at the northern gate of the king’s funerary temple on the west bank of the Nile. The temple is already famous for its existing 3,400-year-old Memnon colossi — twin statues of Amenhotep III, whose reign archaeologists say marked the political and cultural zenith of ancient Egyptian civilisation. The 12.92-metre statue unveiled on Sunday stands west of an existing effigy of the king, also depicting him walking, which was unveiled in March.

These are up to now the highest standing effigies of an Egyptian king in striding attitude.

German-Armenian archaeologist Hourig Sourouzian, who heads the project to conserve the temple

The statue had lain broken in pieces after the earthquake in 1200 BC. It shows the king wearing the white crown of Upper Egypt, with each hand holding a papyrus roll inscribed with his name. His belt, holding a dagger with a falcon-head handle, is fastened with a rectangular clasp bearing the names of the king. Pharaoh Amenhotep III inherited an empire that stretched from the Euphrates to Sudan, archaeologists say.  Amenhotep III died in around 1354 BC and was succeeded by his son Amenhotep IV, widely known as Akhenaten. Luxor, a city of some 500,000 people on the banks of the Nile in southern Egypt, is an open-air museum of intricate temples and pharaonic tombs. 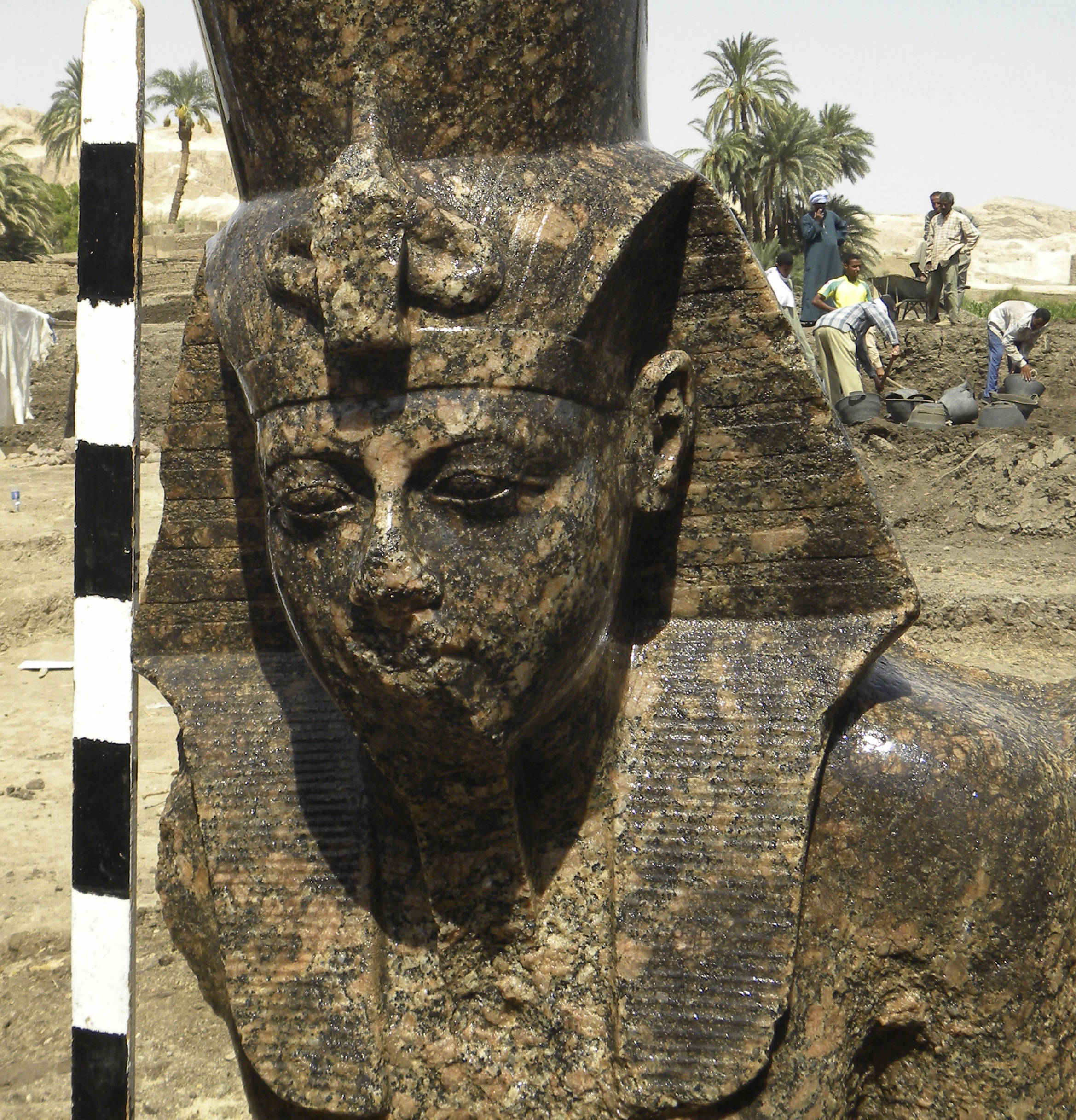