The jihadists controlling large swathes of northern and western Iraq seem bent on killing or expelling all religious minorities in the Mosul area, Human Rights Watch warned Saturday. The New York-based rights watchdog’s statement was issued as thousands of Christians were fleeing Mosul to escape an ultimatum by the Islamic State (IS) group that seized the city last month. The organisation, which enforces an extreme version of Islamic law, and allied Sunni groups conquered Mosul and large swathes of the country last month and subsequently declared a “caliphate” straddling Iraq and Syria. It recently started marking houses belonging to the thousands-strong Christian community and issued a statement urging them to convert, pay the Islamic “jizya” tax, leave the city or face death by noon on Saturday.

ISIS should immediately halt its vicious campaign against minorities in and around Mosul.

Other minorities rooted in the same province of Nineveh have suffered even more than the Christians, according to crimes HRW documented against the Yazidis, as well as the Turkmen and Shabak Shiite communities. HRW said that 83 Shabak men from villages east of Mosul had been rounded up by IS between June 13 and July 10. Seven bodies were found. It said 75 Turkmens had been kidnapped since June 23.

No matter how hard its leaders and fighters try to justify these heinous acts as religious devotion, they amount to nothing less than a reign of terror. 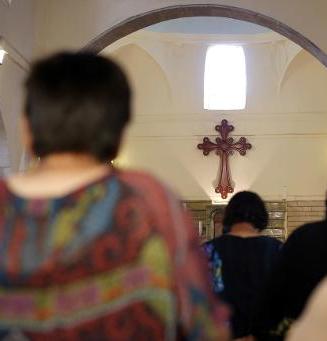