The tomb of Iraq’s late dictator Saddam Hussein was virtually levelled in heavy clashes between militants from the Islamic State group and Iraqi security forces in a fight for control of the city of Tikrit. Fighting intensified to the north and south of Hussein’s hometown Sunday as Iraqi security forces vowed to reach the centre of Tikrit within 48 hours. Associated Press video from the village of Ouja, just south of Tikrit, shows all that remains of Hussein’s once-lavish tomb are the support columns that held up the roof.

This is one of the areas where IS militants massed the most because Saddam’s grave is here. [They] set an ambush for us by planting bombs around the palace.

Islamic State has controlled Tikrit since June, when it waged a lightning offensive that saw Iraq’s second-largest city, Mosul, come under their control. The Islamic State was helped in its conquest of northern Iraq by Saddam loyalists, including military veterans, who appealed to Sunnis who felt victimised by Baghdad’s Shi’ite-dominated government. Saddam was captured by U.S. forces in 2003 and was executed by hanging in December 2006 after an Iraqi special tribunal found him guilty of crimes against humanity for the mass killing of Shiites and Kurds. His body had been kept in the mausoleum in his birthplace, Ouja, since 2007 but removed by loyalists amid fears that it would be disturbed in the fighting. 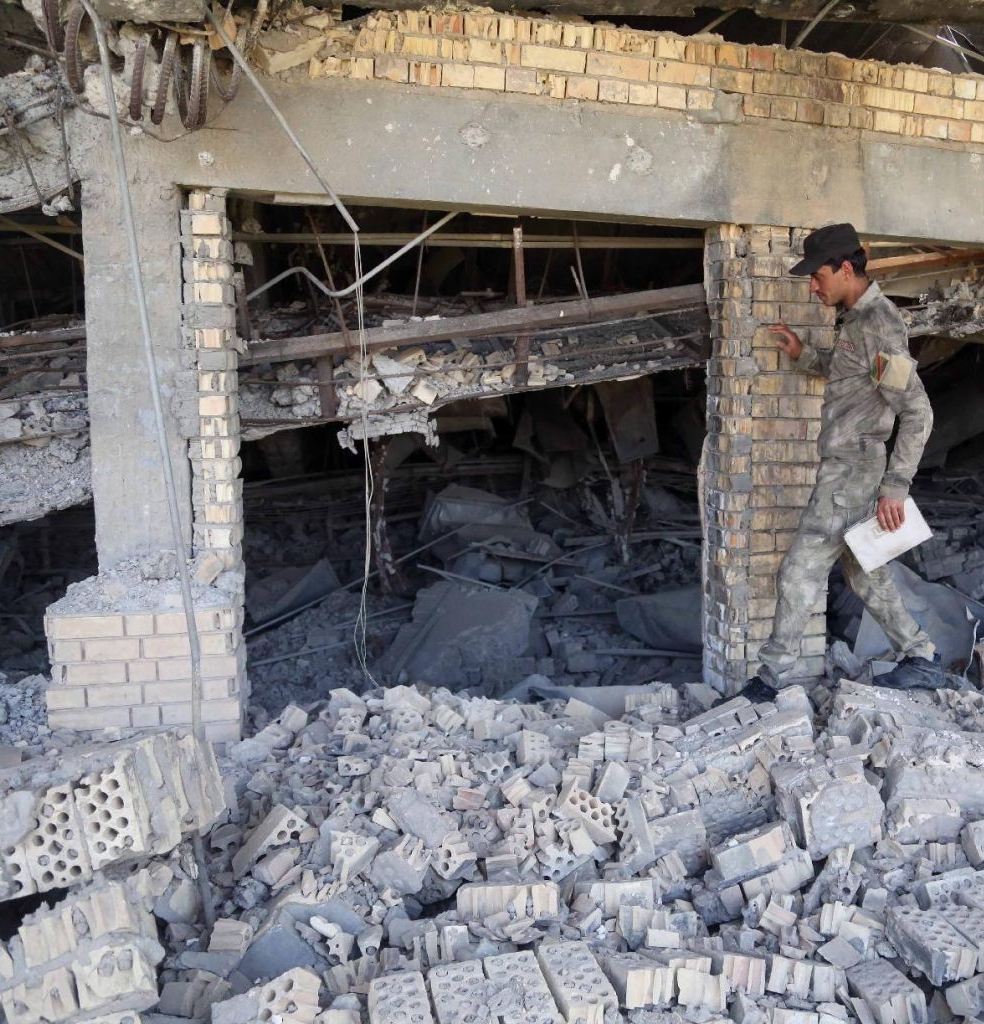