Samsung rolled out its new smartphone in South Korea and 20 other countries on Friday in a bid to restore its role as market leader. The Galaxy S6 and its curved-edge variant, the Galaxy S6 Edge, went on sale in South Korea, home of the electronic giant, as well as Europe, the United States and markets in the Asia-Pacific such as Australia, Singapore and India. Samsung, labouring under the burden of successive quarters of plunging profits and booming sales of arch-rival Apple’s iPhone 6, is hoping that new phone will reverse the company’s fortunes. First unveiled in March, the two new phones have received rave reviews and fuelled Samsung’s hopes of a market comeback after the Galaxy S5 failed to make a significant impact.

It’s a great design, and it’s just got a great feel. It’s not cheap, but then I’m not one of those people who upgrades their phone every year. There’s been a lot of buzz about this model, so I thought I’d check it out.

The S6 retails at around 858,000 won (US$800) in South Korea, while the S6 Edge comes in at 979,000 won- Both models are powered by Google’s Android operating platform and, in a break from their-plastic-backed predecessors, feature metal and glass bodies. Reviews have been overwhelmingly positive with Yahoo Tech labelling the models the “new Android smartphone kings” and the Wall Street Journal calling them “the most beautiful phones Samsung has ever made.”

Given the response from the market and clients… we expect the S6 to set a sales record for all Galaxy models. 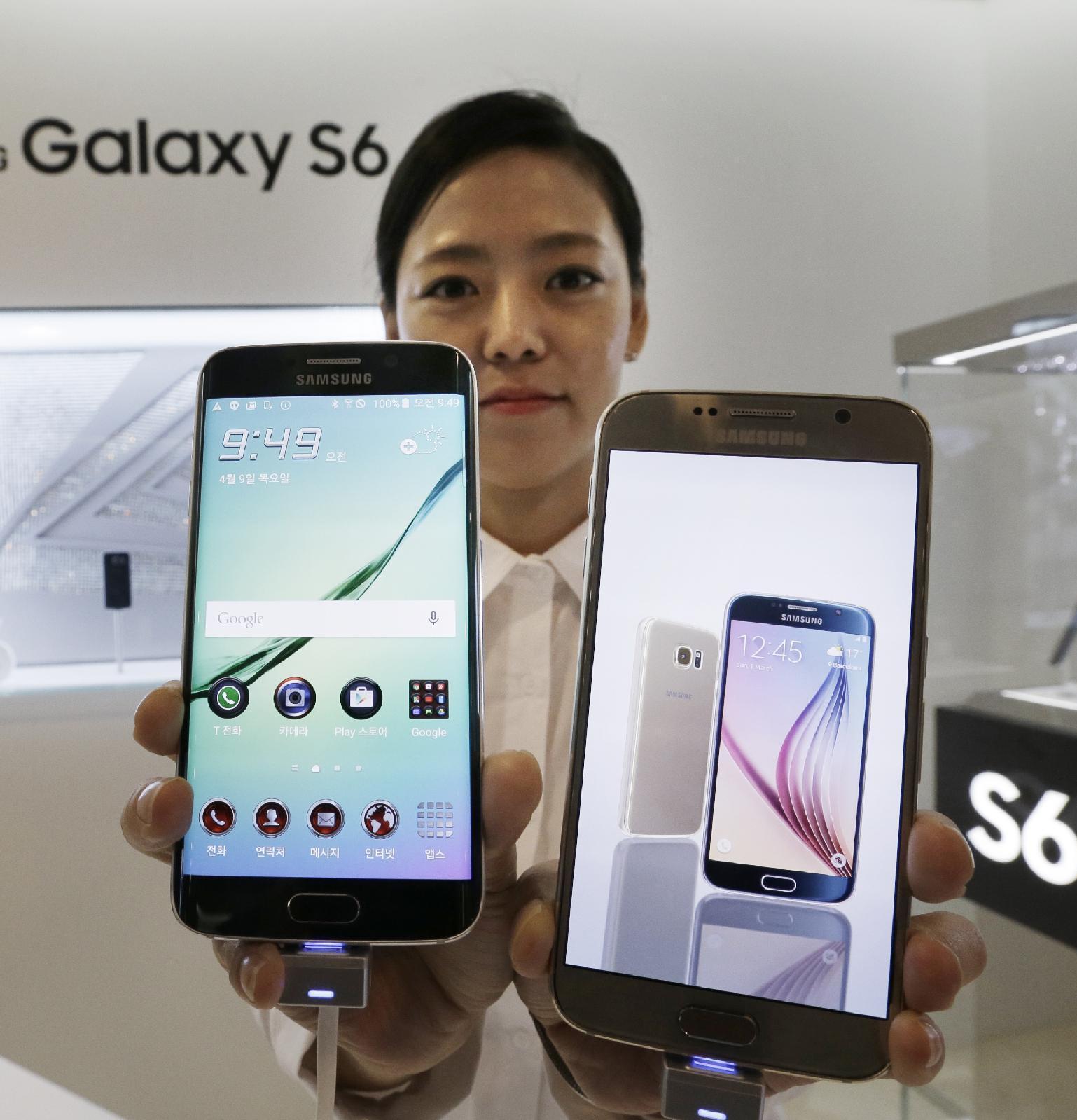