Scotland’s pro-independence leader Alex Salmond won a final TV debate on Monday just over three weeks before a historic breakaway referendum. Salmond (pic above) relentlessly talked over and at Alistair Darling, the leader of the “Better Together” anti-independence movement. In a snap Guardian/ICM poll released soon afterwards, 71 percent of over 500 respondents judged that Salmond had won, against 29 percent who said they thought Darling had triumphed. Professor John Curtice of Strathclyde University, a polling expert, also deemed Salmond had won. But he questioned whether the nationalist leader’s rhetorical victory would translate into a win at the ballot box.

Salmond was helped by sympathetic audience members who heckled Darling. Last time, Salmond came unstuck on the issue of what the currency arrangements would be for an independent Scotland. He advocates a formal currency union to allow it to use the pound, but has struggled to explain what he would do if what was left of the UK refused. Several recent polls have shown support for independence climbing a few points, but the most recent “poll of polls,” on Aug. 15, which is based on an average of the last six polls and excludes undecided respondents, found support for a breakaway stands at 43 percent against 57 percent for staying in the UK.

I want a mandate so we can go in with the will of the Scottish people, for the common sense option of a currency union. 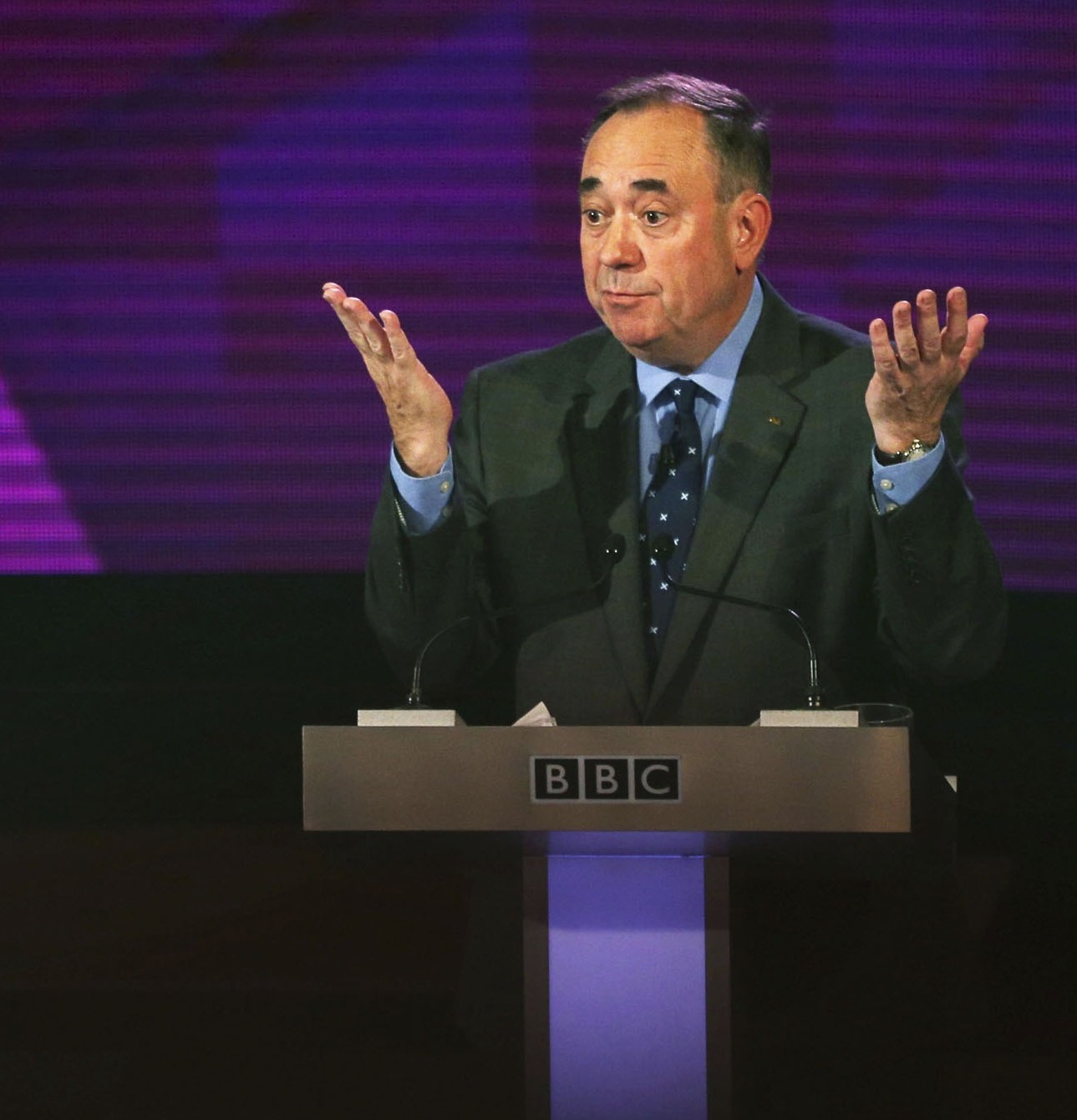