A sequel in which a tornado inexplicably whisks hundreds of sharks into the air and dumps them on New York has taken the U.S. by storm. Nearly four million people tuned in on Wednesday to watch Sharknado 2: The Second One, starring American Pie’s Tara Reid and Beverley Hills actor Ian Ziering. The frenzy around the film saw more than 580,000 tweets - seen by an estimated 5.5 million people - posted during its TV premiere. At one point the movie held all top 10 trending Twitter topics in the U.S..

The shark kept chasing me. He had a huge scar across his face. It’s like he knew who I was.

A line spoken by April Wexler, played by Tara Reid, in the movie when she loses her hand in a shark attack on board a Boeing 747.

The Sharknado franchise has become something of a cult hit since the original movie in 2013. Only 1.3 million people tuned in for the premiere of the first film, in which sharks rained down on Los Angeles and wreaked havoc on the city’s streets. However, such is Sharknado’s popularity on social media, the film is repeated on a regular basis. The sequel, which airs on Syfy channels around the world, sees a freak weather system turn New York into a shark-infested city, with great whites chomping through crowds near some of the Big Apple’s most iconic landmarks. 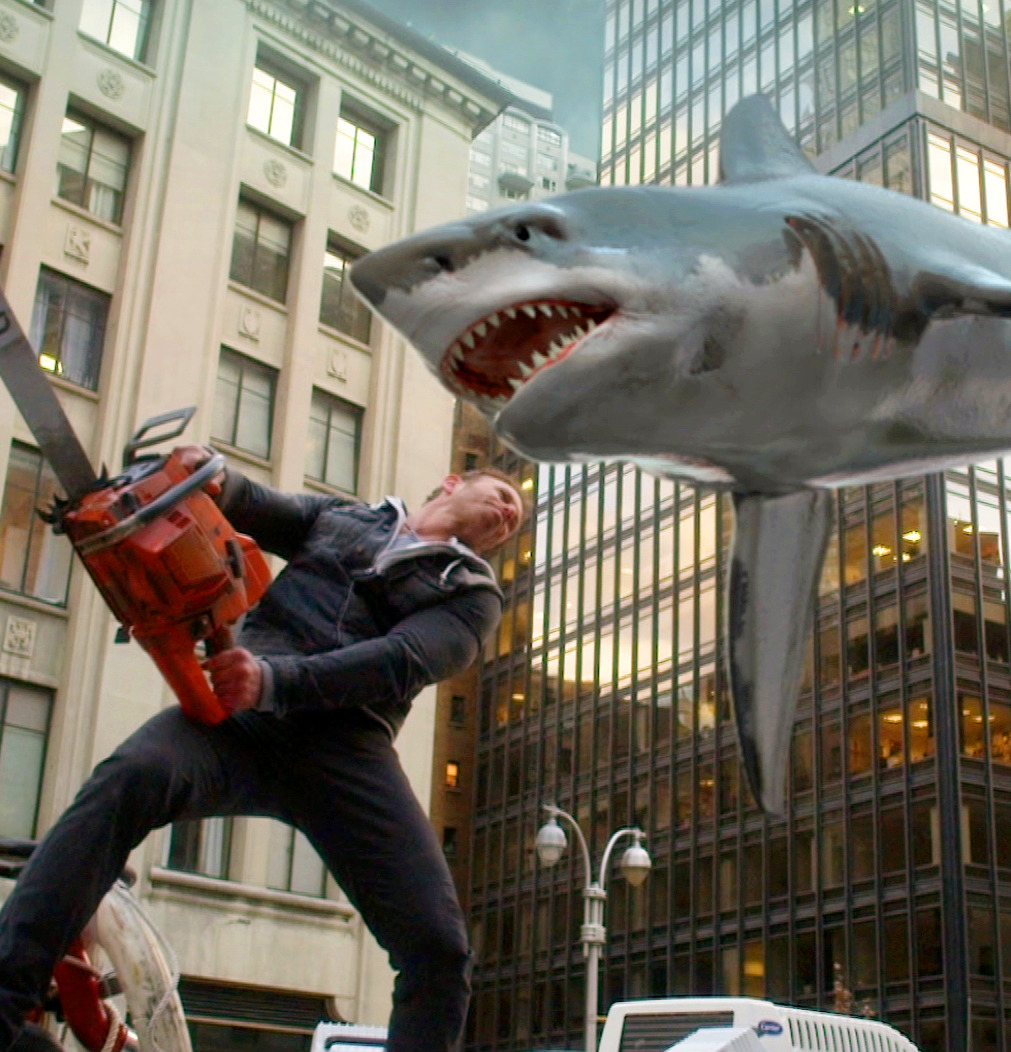