Iraqi forces have reclaimed two towns in the eastern province of Diyala from Islamic State fighters (IS). In the province’s south on Sunday, Iraqi troops and Shia militias retook the town of Sa’adiya and were moving towards nearby villages. In the north, Kurdish Peshmerga forces retook the town of Jawlala and were securing the area. The two towns were considered key support centres for IS, which swept through the area in June.

Those victories have not just happened; instead, they were the results of strategic changing from defence to attack.

Meanwhile, a new report released by the Al Jazeera Centre for Studies has found that a military campaign against IS will not be successful and will not bring peace and stability to the region. In the short term, there is a high risk of political and geographic fragmentation of Syria and Iraq, the report said. A lasting solution must involve curbing support within the local Sunni community for IS and promoting security and stability within the region, the report noted. “It is a gross error to assume that IS emerged in a complete vacuum from the region’s repressive political context,” said the Centre’s Fatima Al Samdi, who compiled the report.

It is a gross error to assume that ISIL emerged in a complete vacuum from the region’s repressive political context. 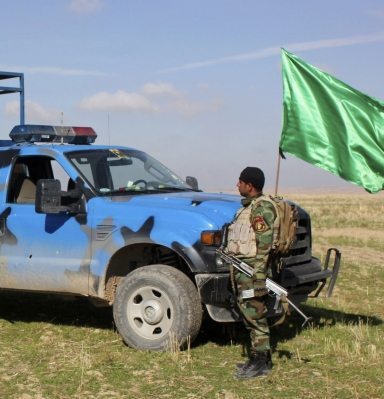