Sierra Leone President Ernest Bai Koroma has sacked Vice President Samuel Sam-Sumana for seeking asylum in a foreign embassy, a statement from the president’s office said today. Sam-Sumana (pictured, left) had requested asylum at the United States embassy in Freetown after soldiers surrounded his residence on Saturday following his expulsion from the ruling party last week. Sam-Sumana has rejected calls to resign and denied the accusations against him, which also included charges of lying about his academic credentials and his Muslim faith.

[Sam-Sumana showed] a willingness to abandon his duties and office as vice president of our beloved republic.

Sam-Sumana is also accused of creating his own rival political movement and fomenting violence in his home region of Kono, in diamond-rich eastern Sierra Leone. But his expulsion from the party has stirred confusion as Sierra Leone’s 1991 constitution only allows the dismissal of the vice president with the vote of two-thirds of parliament. The main opposition party has criticised the expulsion, warning it could create a constitutional crisis at a time when the country is struggling to beat Ebola. 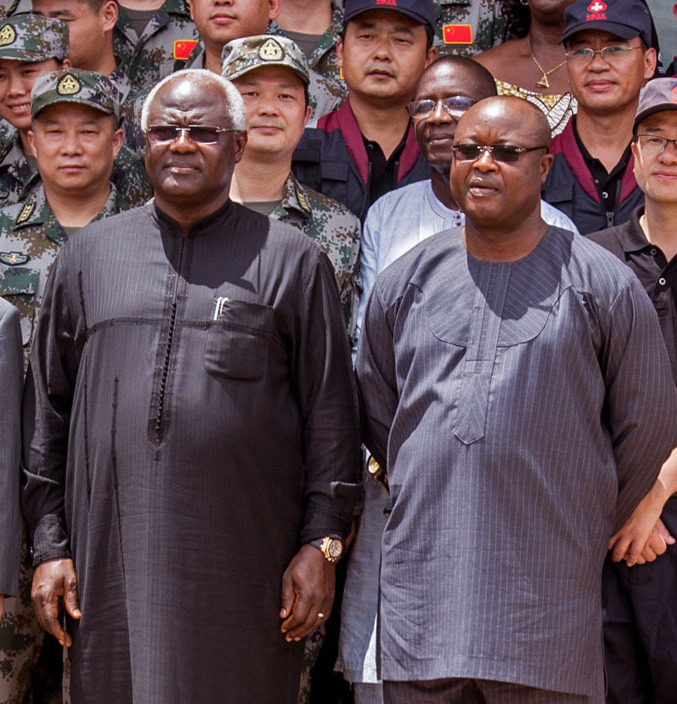