Tens of thousands of Singaporeans undeterred by heavy rains lined a 15 kilometre route through the Southeast Asian city-state on Sunday to witness an elaborate funeral procession for longtime leader Lee Kuan Yew. Lee’s coffin, protected from the downpour by a glass casing, lay atop a ceremonial gun carriage that was being led solemnly past city landmarks from parliament to a cultural center where the state funeral will be held. Walking slowly in the coffin’s wake as it exited parliament were Lee’s son, the current prime minister Lee Hsien Loong, other family members and government officials. Crowds of people that began forming not long after dawn for the early afternoon funeral cortege chanted “Lee Kuan Yew” and waved Singapore’s national flag. Four F-16 fighters from the air force’s Black Knights aerobatic team performed a fly-past - with one peeling off to symbolise a “missing man” - as the cortege made its way through a square where Lee was first sworn in as prime minister in 1959.

The light that has guided us all this years has been extinguished.

During a week of national mourning that began Monday after Lee’s death at age 91, some 450,000 people - that’s about 12 per cent of the population - queued for hours for a glimpse of the statesman’s coffin at Parliament House. The expansive show of emotion is a rare event for Singapore. The island nation about four times the size of Washington D.C. is known around the world as a wealthy trade and finance center with a strict social order including a ban on chewing gum and caning for some crimes. Leaders and dignitaries from more than two dozen countries are attending the state funeral. The U.S. delegation is led by former President Bill Clinton. Abroad, India has declared a national day of mourning and in New Zealand, the government is flying flags at half-staff. 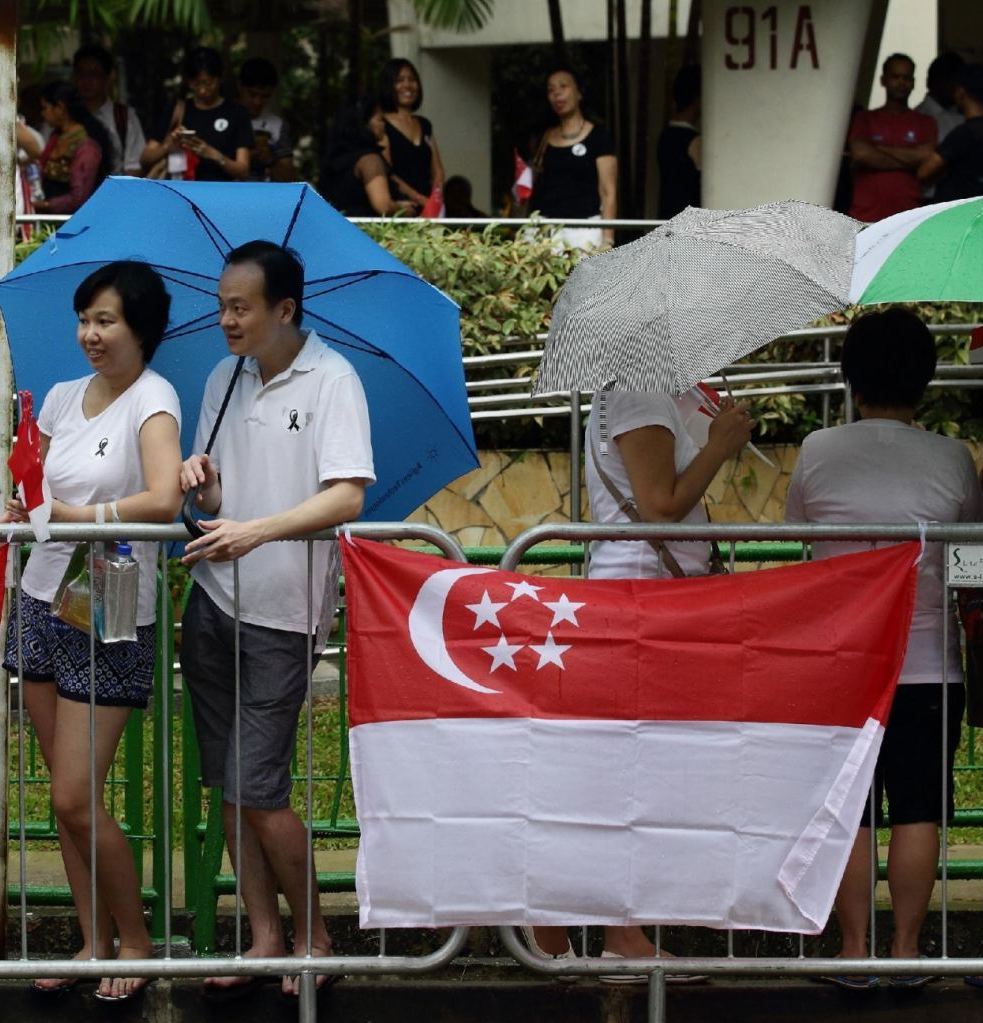