Japanese and Salvadoran archaeologists said Friday they have found three human skeletons in El Salvador from more than 1,600 years ago that could shed new light on early human settlements in the region. The three nearly complete human skeletons, preserved in volcanic ash, were found near the Pacific coast at a dig called “Nueva Esperanza,” about 90 kilometers southeast of the capital. The area was buried in ash from gigantic eruptions between the 5th and 6th centuries, which has helped preserve evidence of the pre-Hispanic coastal settlement, possibly dedicated to salt production and fishing.

This opens a new door for Salvadoran archaeological investigations, which had [previously] focused only on ceremonial centres.

He expects more finds at the site, saying the two-metre layer of volcanic ash hides an “archaeological wealth of evidence about the daily life and livelihood of these ancient coastal residents”. Based on preliminary analysis, the three bodies are those of two adults, aged between 25 and 35 years old, and a child, between seven and nine years old, with two clay beads around the neck, archaeologist Oscar Camacho said. They had been buried, two of them in a cross-legged position, along with offerings including clay pots and jars bearing dark brown and red stripes. 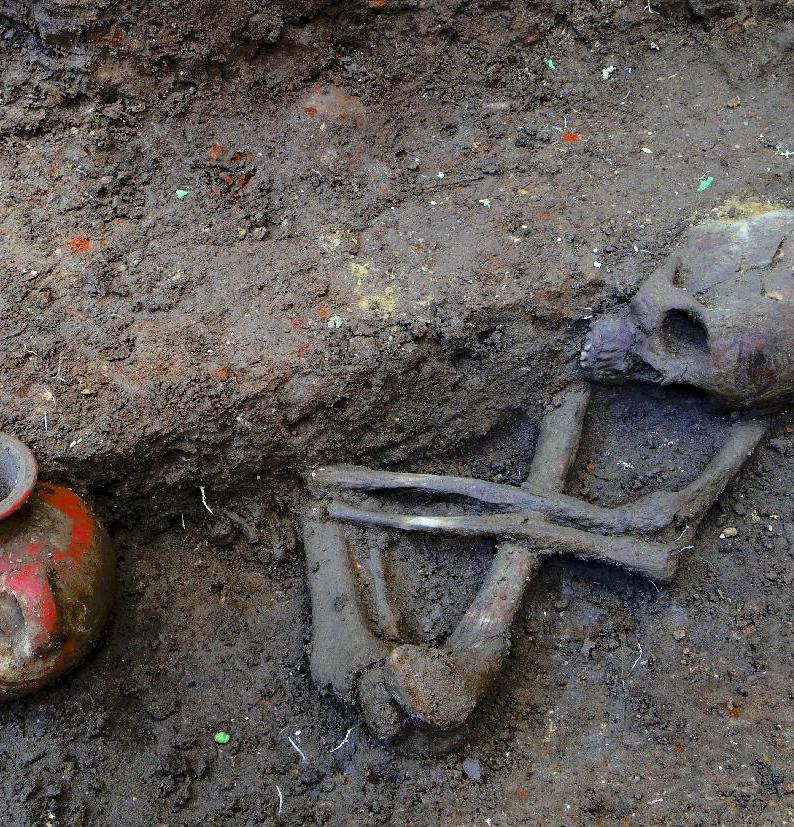