Malaysia has observed a day of mourning on Friday as the bodies of MH17 plane crash victims arrived home to the country. Some 43 Malaysians died when the passenger plane was shot down over eastern Ukraine on July 17, but some victims have yet to be identified by forensic experts in the Netherlands. The remains of 20 - including three babies - were flown from Amsterdam to Sepang in coffins draped in the Malaysian flag. A ceremony was held on the tarmac at Kuala Lumpur International Airport, with relatives in attendance alongside King Sultan Abdul Halim Mu’adzam Shah and Prime Minister Najib Razak.

No words can express the sense of loss in seeing the bodies return, my prayers are with the victims and families of #MH17.

Millions of Malaysians observed a minute’s silence, while the government urged citizens to wear black. The coffins were carried to hearses by teams of eight soldiers before being taken to private funerals in their hometowns. All 298 people on board Amsterdam-Kuala Lumpur flight MH17 were killed. The West accuses Russian-backed separatists of shooting down the plane, while Moscow blames Ukraine.

Life has to go on, even though it’s very difficult for us to accept what has happened to our airline. They are our friends. 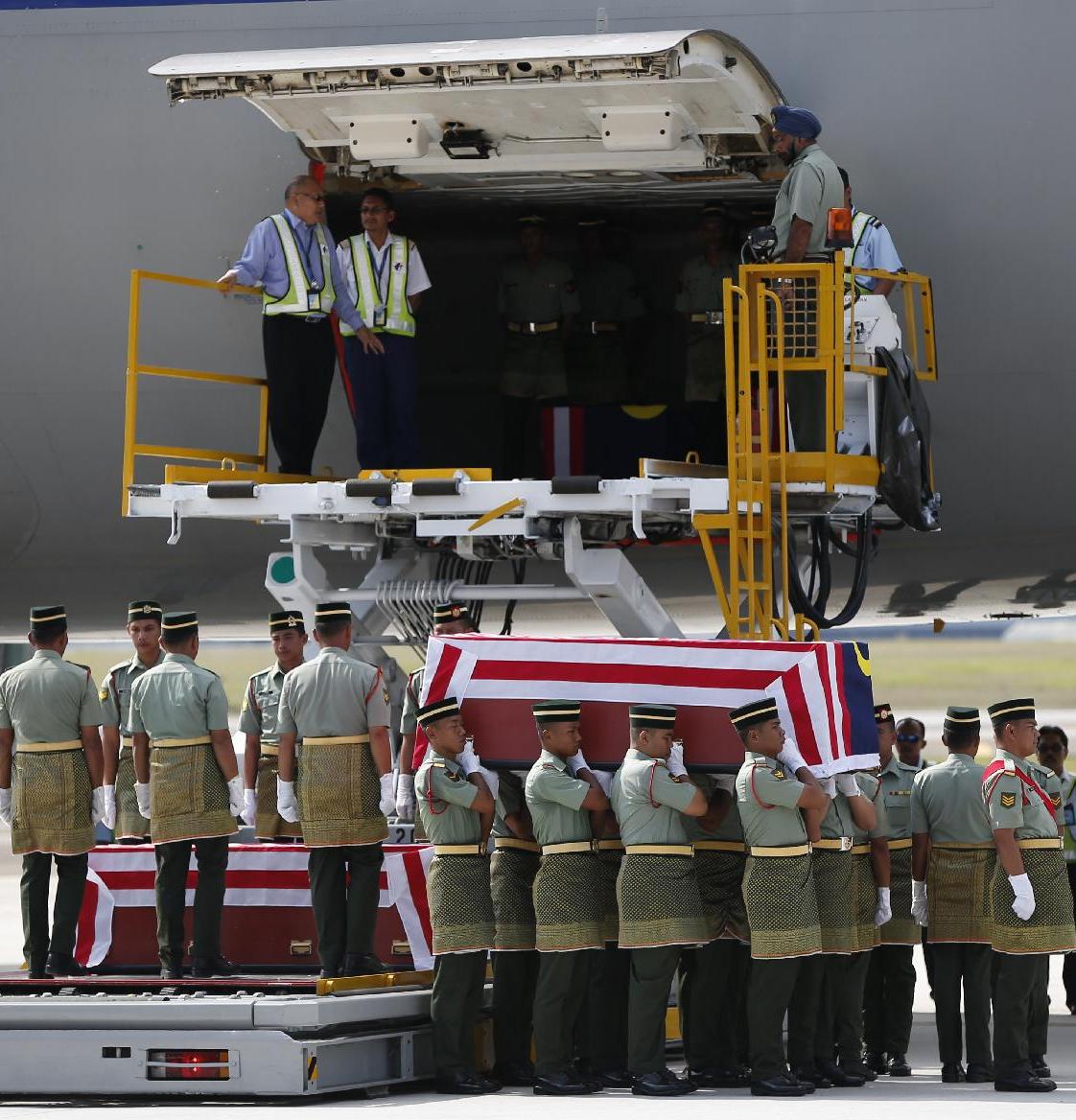