Countries neighbouring South Africa on Friday prepared to evacuate their citizens from the country as the UN raised the alarm over deadly xenophobic attacks which have displaced thousands. The anti-foreigner violence, which erupted in the eastern port city of Durban, has left at least six people dead and spread to the economic hub, Johannesburg. Foreigners who have fled their homes are sheltering in makeshift camps. Neighbouring Zimbabwe, Malawi and Mozambique announced plans to evacuate their citizens, as the violence drew regional outrage.

We would like to underscore that those affected in these xenophobic attacks are refugees and asylum seekers who were forced to leave their countries due to war and persecution.

A statement by the UNHCR, the UN refugee agency

The latest violence has been largely blamed on a speech last month by King Goodwill Zwelithini, traditional leader of the Zulus, in which he blamed foreigners for South Africa’s high crime rate and said they must “take their bags and go.” The king has since said his words were misinterpreted, but for some, Zwelithini simply articulated what many were feeling. This is not the first wave of anti-foreigner violence in South Africa. In January, foreign shopkeepers in and around the vast township of Soweto, south of Johannesburg, were forced to flee and six were killed as looters rampaged through the area. 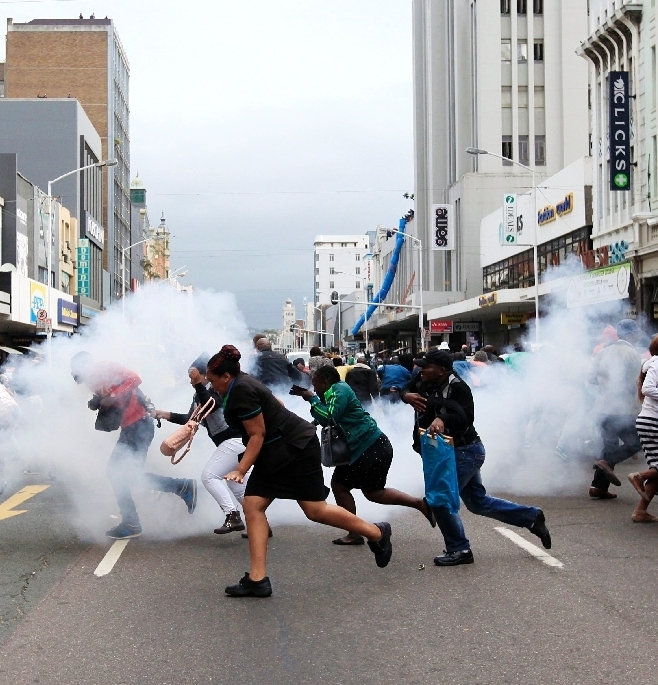