The first 3-D printer in space has popped out its first creation. Delivered to the International Space Station two months ago, it has made a sample replacement part for itself. It churned out a new faceplate for the print head casing. Space station commander Butch Wilmore removed the small plastic creation from the printer Tuesday, a day after its manufacture. About 20 objects will be printed in the next few weeks, all to be returned to Earth for analysis, NASA said. The space agency hopes to one day use 3-D printing to make parts for broken equipment in space. The 3-D printer was supplied by Made in Space, a Northern California company. The European Space Agency, meanwhile, plans to fly its own 3-D printer in 2015.

When the first human fashioned a tool from a rock, it couldn’t have been conceived that one day we’d be replicating the same fundamental idea in space.

Aaron Kemmer, CEO of Made in Space, in a statement 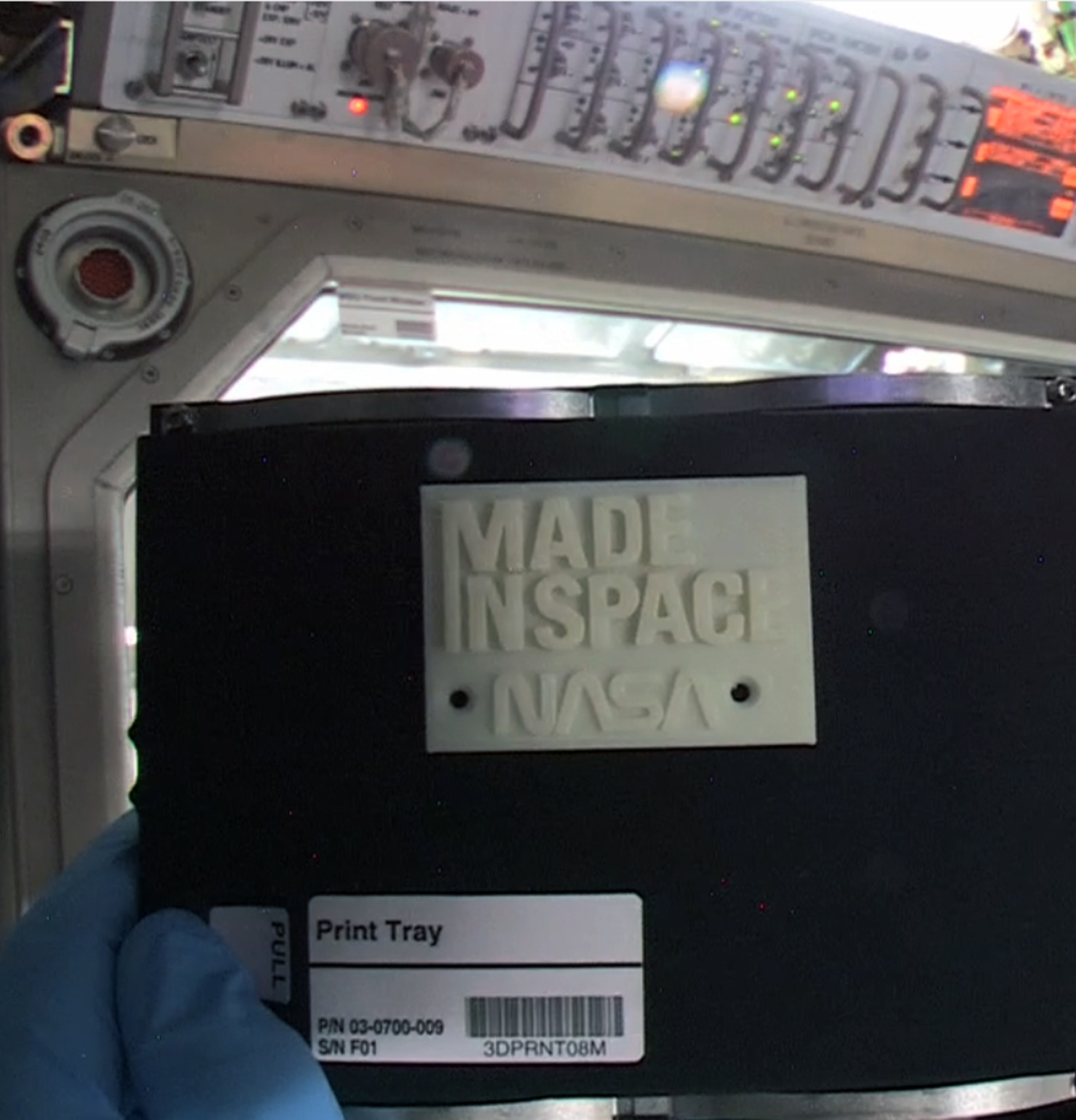