An Italian Renaissance masterpiece that English novelist Aldous Huxley once described as “the greatest picture in the world” is now facing a new threat: Centuries of grime and humidity have wrought their damage, and the painting is flaking, cracking and discoloured.  Piero della Francesca’s 15th Century fresco of the resurrection of Jesus Christ on a wall in the Tuscan town of Sansepolcro was once saved from destruction in World War Two by British artillery officer Tony Clarke, who defied orders to shell the town. Today, austerity measures have dried up arts funding, so restorers have had to come up with an innovative scheme to blend private and state action to salvage the fresco.

This story about what Clarke did is a very moving one. It was like a prophesy of what we are trying to do now. We too are trying to preserve works of art for future generations.

Aldo Osti, an Italian businessman now living in Switzerland who was once an executive at a multinational company based near the town, is funding half of the $250,000 cost of the two-year restoration. Della Francesca painted “The Resurrection” sometime between 1450 and 1465 on a wall of what was then the town hall, now a museum. It depicts a stern risen Christ on the edge of a sepulchre. The city’s name also means “holy sepulchre” in Italian. The restored version may make the painting even more extraordinary than it appeared to Huxley: a recent, 3D computer reconstruction using 20 noninvasive techniques including infrared imaging showed that dirt and decay had robbed the painting of much of its perspective. 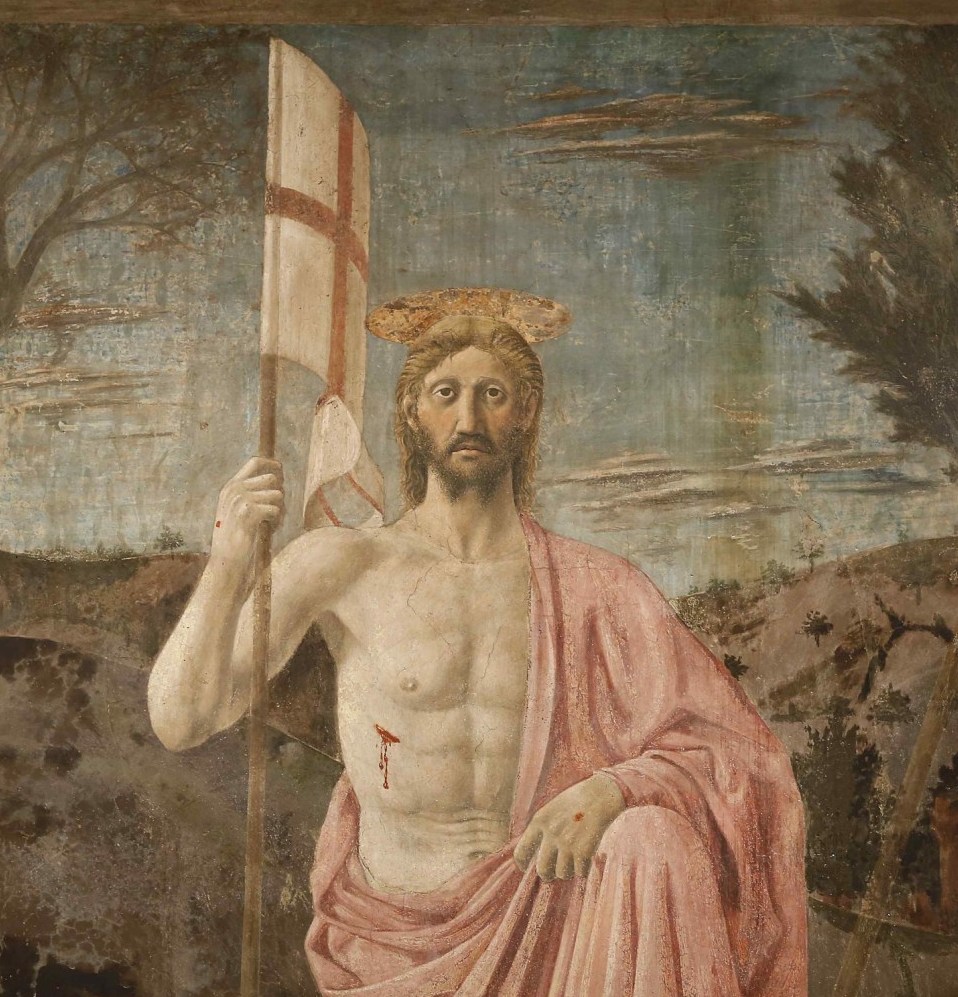