A key polar bear population fell nearly by half in the past decade, a new U.S.-Canada study found, with scientists seeing a dramatic increase in young cubs starving and dying. Researchers chiefly blame this phenomenon on shrinking sea ice from global warming. Scientists from the U.S. Geological Survey and Environment Canada captured, tagged and released polar bears in the southern Beaufort Sea from 2001 to 2010. The bear population shrank to about 900 in 2010, down from about 1,600 in 2004. That area is one of two main U.S. polar bear regions.

These estimates suggest to me that the habitat is getting less stable for polar bears.

Study lead author Jeff Bromaghin said only two of 80 polar bear cubs the team tracked between 2004 and 2007 survived. In this part of the Arctic, there used to be more sea ice in the summer. That’s where seals, a key part of the polar bear’s diet, live. With limited access to the seals, the cubs probably starved, said Bromaghin. Wildlife biologist Steve Amstrup, who started the study for the USGS and left to become chief scientist at the conservation group Polar Bear International, said his early research in the 1980s found about 1,800 polar bears in the region. 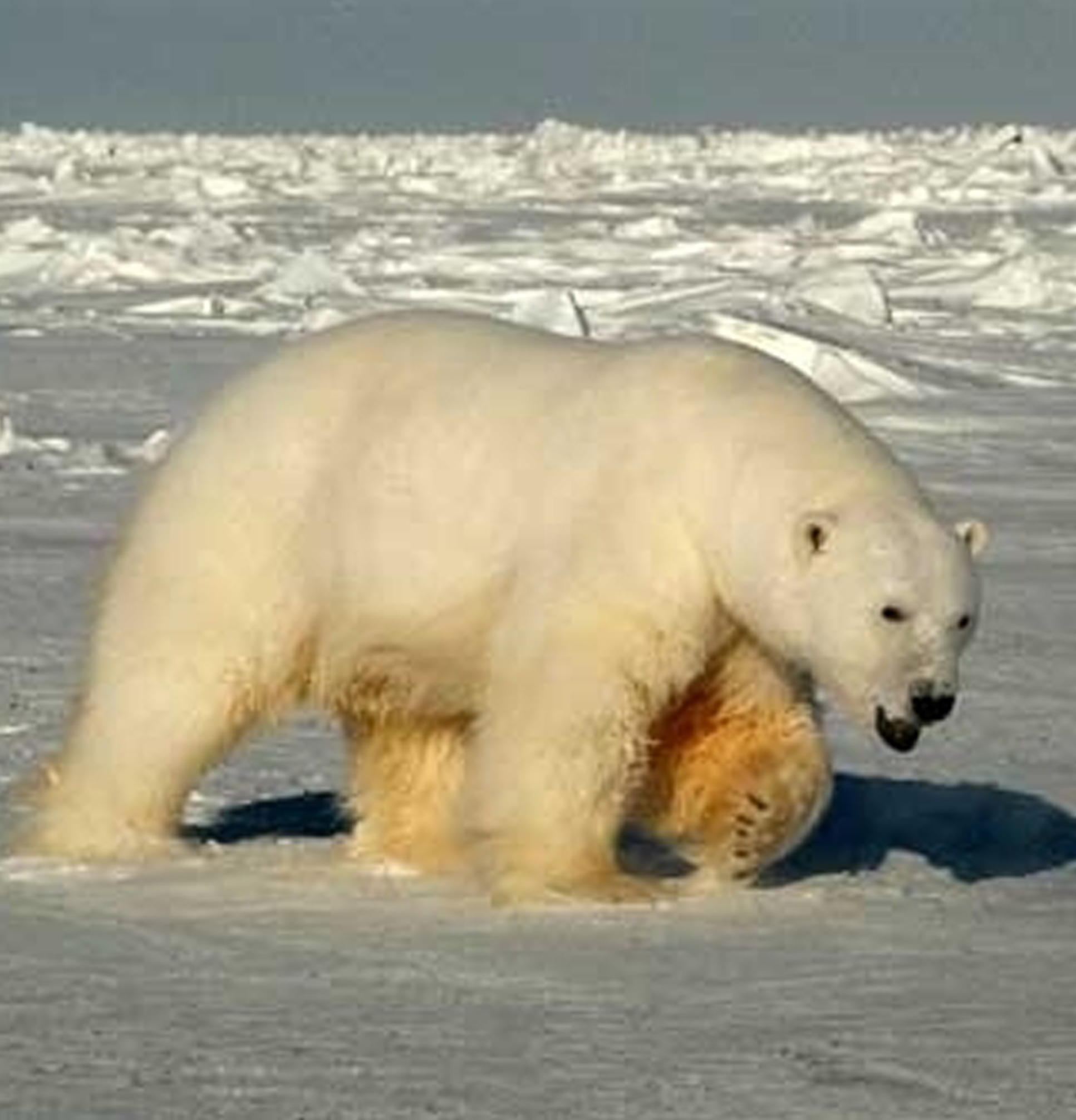