Sudan steps up pressure on UN as it reviews Darfur force

Sudan’s government is stepping up pressure on the United Nations as Secretary-General Ban Ki-moon prepares recommendations on the future of a joint UN-African Union peacekeeping force in the country’s violence-wracked Darfur region. In the government’s latest move, President Omar al-Bashir ordered the expulsion of two top UN officials, a move condemned by the secretary-general Thursday as “unacceptable.” Ban called on Sudan’s government to reverse its decision immediately. The expulsions follow al-Bashir’s call on Nov. 30 for a “clear program” to end the joint mission in Darfur, known as UNAMID, which was established in 2007 to protect civilians. UN spokesman Stephane Dujarric said Friday that the secretary-general is working on the strategic review of UNAMID ordered by the Security Council on Aug. 27, which is due by the end of February.

The Khartoum government calls on the U.N. Secretary-General to revise his hasty condemnation of the decision to expel the officials.

The expulsions are the latest in a string of incidents with aid and humanitarian workers. In April, Khartoum told the American chief of the UN Population Fund to leave for “interfering” in internal affairs. They also come amid heightened tensions between Sudan and the UN-African Union peacekeeping mission in Darfur. A bid by the mission to investigate a report that government forces raped 200 women and girls in a Darfur village has sparked anger in Khartoum. Darfur has been mired in conflict since 2003, when ethnic insurgents rebelled against Sudan’s Arab-dominated government, complaining of marginalisation. Since 2003, the UN says two million people have been displaced and at least 300,000 killed. 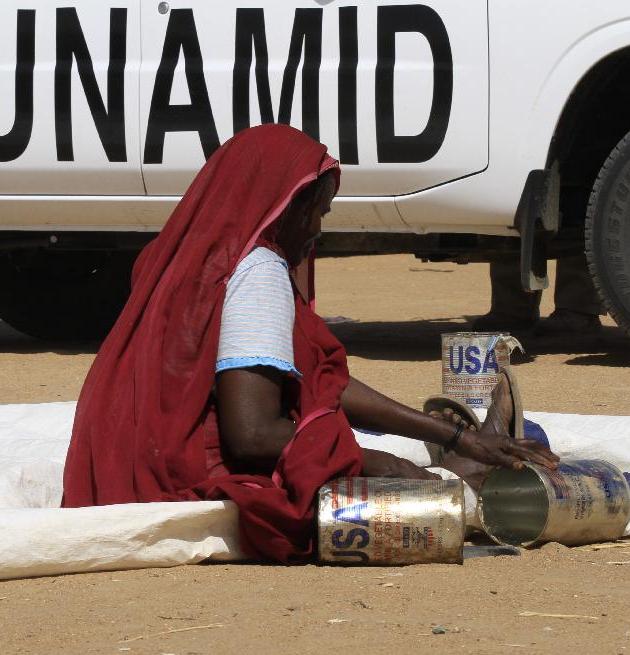