The Swiss are being asked to vote on a proposal to make the central bank hold a fifth of its reserves in gold within five years. That would mean buying about 1,500 tonnes of gold worth more than $60 billion. If the initiative wins the backing of a majority of voters this Sunday, the Swiss National Bank (SNB) would also be prohibited from spending any of the treasure. The prospect risks causing a spike in gold prices globally. The proposal is opposed by the government and financial leaders. Though the country is among the world’s most prosperous, the initiative argues that owning physical gold in vaults would protect the country’s wealth from trouble in markets.

At 125 grams per capita, Switzerland has the largest gold reserves per head of population of any country — triple those of Germany and quintuple those of the U.S..

Fritz Zurbruegg, a member of SNB’s governing board

Swiss polling firm gfs.bern has found the initiative is likely to fail, with just 38 per cent supporting it, short of the required majority. About 47 per cent were opposed as of early November. If the initiative were to pass, the SNB would need to dramatically increase its gold holdings, which currently amount to 1,040 tonnes or just fewer than 8 per cent of its nearly $532 billion in reserves as of the end of September. A gold-buying binge could also hurt the Swiss economy by reducing the amount of money the central bank has to spend on keeping a lid on the strong Swiss franc. The bank currently intervenes in currency markets to weaken the franc, with the ultimate aim of helping exporters and tourism.

Gold which cannot be sold in a crisis no longer meets the definition of a reserve and thus offers no security at all. 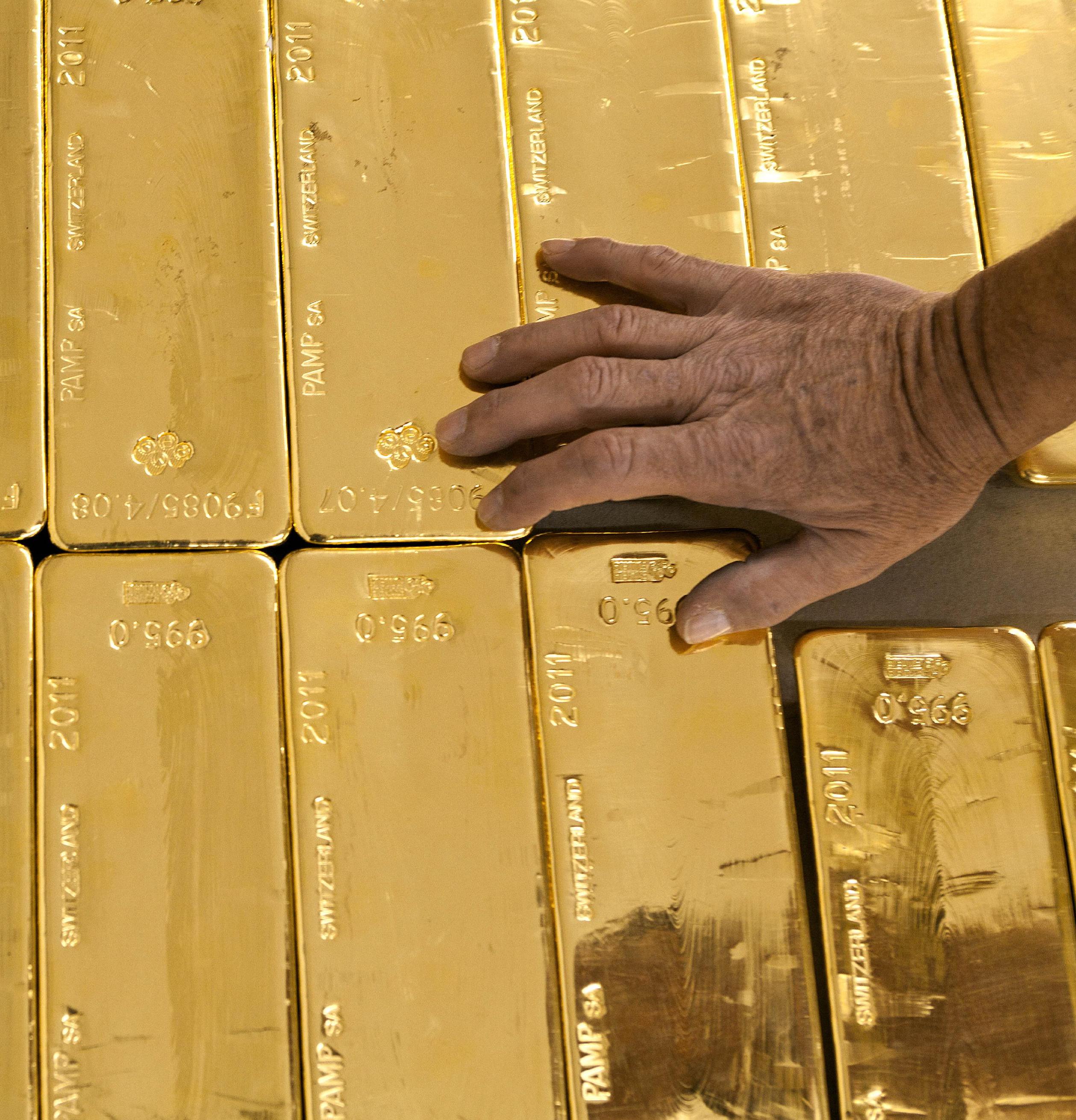